Two more minis from Fractured Dimensions' IMotOP Kickstarter are done. These lovelies are a sort of devil called a perribo, first seen as the nupperibo in 1983's Monster Manual II. Their appearance owes more to an illustration by Tony DiTerlizzi for the Planescape setting than to any written description. In fact, that illustration and the written description seem oddly contradictory.

So concludes the D&D minutia portion of the program.

Sculptor Paul Muller did an amazing job with these two. The man's a master of anatomy and musculature (or fat rolls in this case).  Moreover, like all of his sculpts, they practically ooze character (among other things). The heads have a pronounced clown-vibe that led me to the paint scheme seen above.


To my mind these guys fall just as easily into the ranks of the undead. A sort of demonic ghoul. So inspired, I experimented with a new undead skin-color... pink. Grey was added to pink for the base, a pale, undead fleshtone added progressively to that for the highlights, assorted washes for the shading. The colors used:


Overall, it was warm colors on everything but the heads. Hopefully the cool blue used there provides a nice contrast. 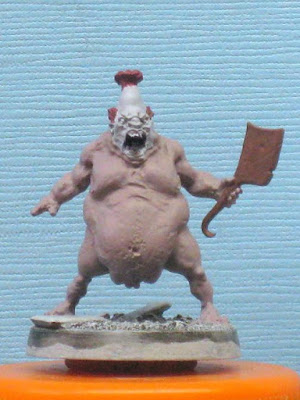 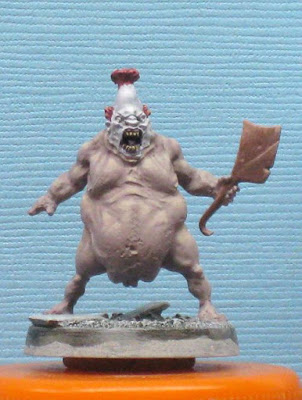 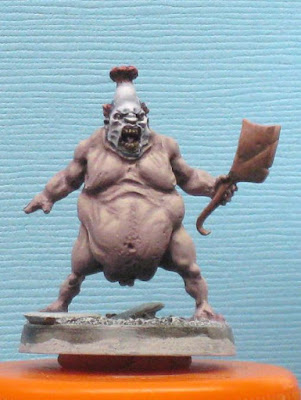 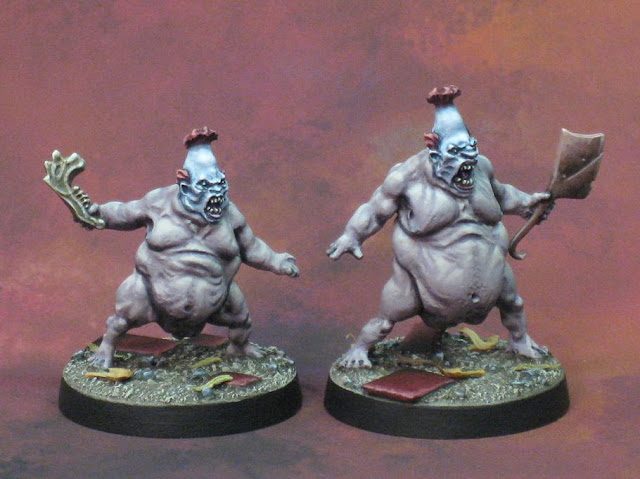 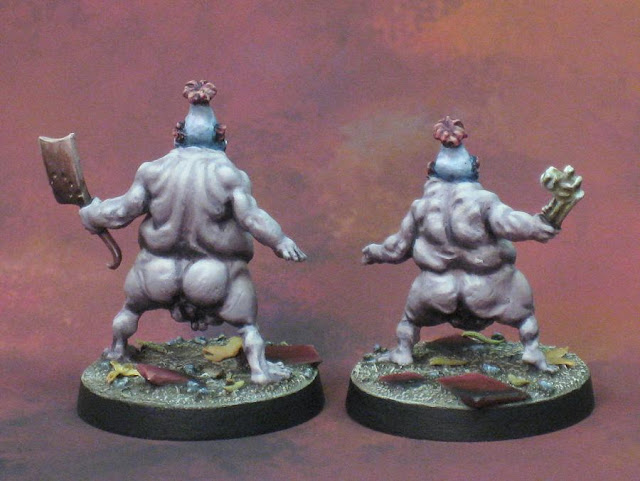 Various colors used for the undead: