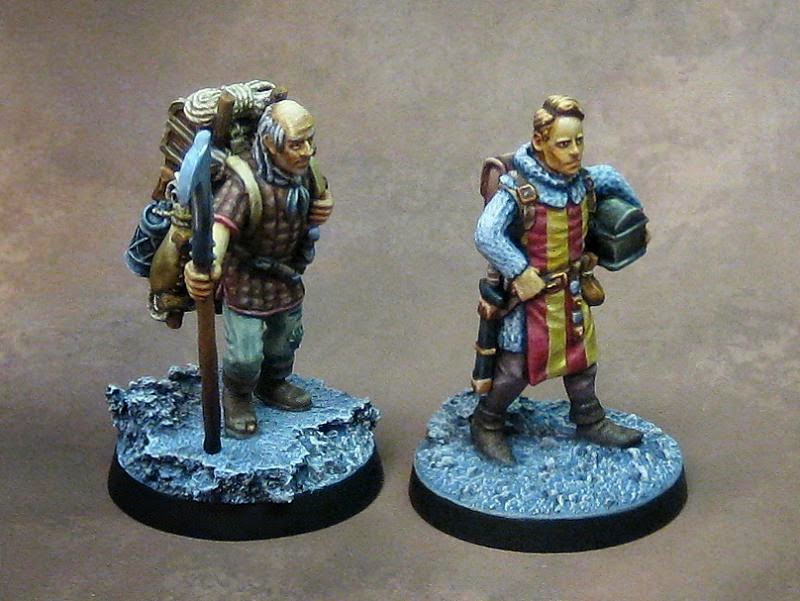 I'm still participating in The Helping Hand Challenge... though one would be forgiven for thinking otherwise based on recent performance. After a promising start I drove straight into the ditch, it seems. This sorry state of affairs ends here and now. I didn't produce the semi-obligatory New-Year's post complete with targets for 2015 but, if I had, getting back on the beam as far as the challenge is concerned would have been hobby-resolution #1.

With this in mind, and without further ado, I present the pack-bearer and the squire (which should have been November and December's contributions respectively). 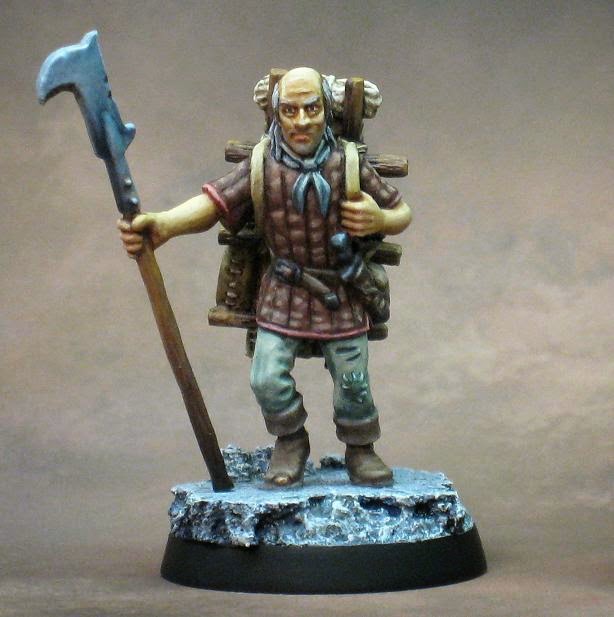 The pack-bearer's pack was painted separately and attached afterwards. The face received a five o'clock shadow but no additional color in the cheeks or nose. Hopefully this gives him a slightly ashen look. 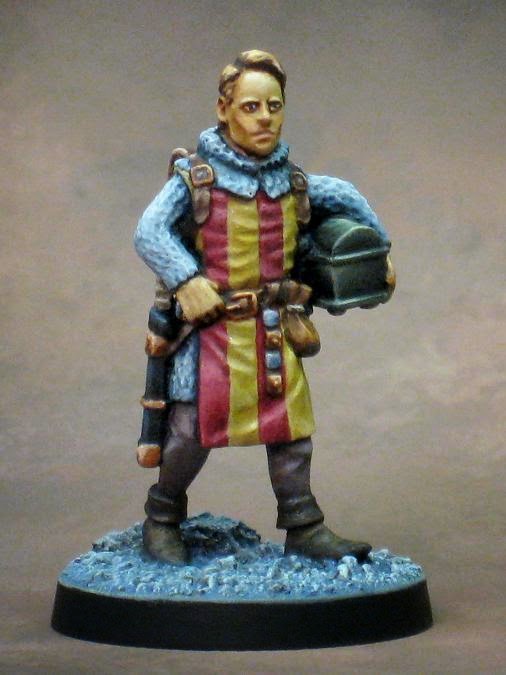 By contrast, the squire received no five o'clock but a lot of color in the cheeks and nose in an attempt to present a healthy, well-groomed subject. The sculpt has prominent cheek-bones, a high forehead, and equally high hair. I tried to accentuate these features through shading and highlights.

The other two challenge participants used blue and red on their tabards so I thought it only fitting to go with the remaining primary color, yellow.

Speaking of the other participants, be sure to check out their most recent efforts at Duke of the Blood Keep and Deviant Designs Deeds. 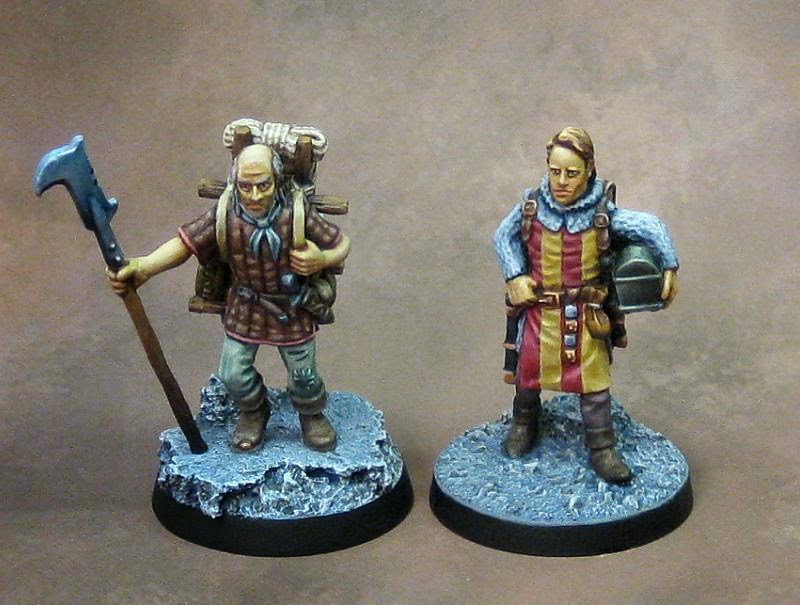 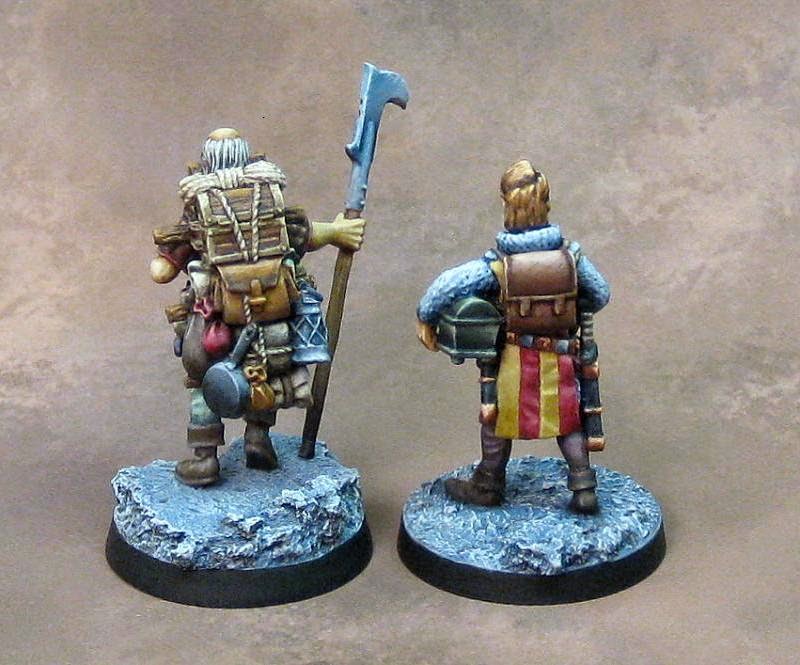