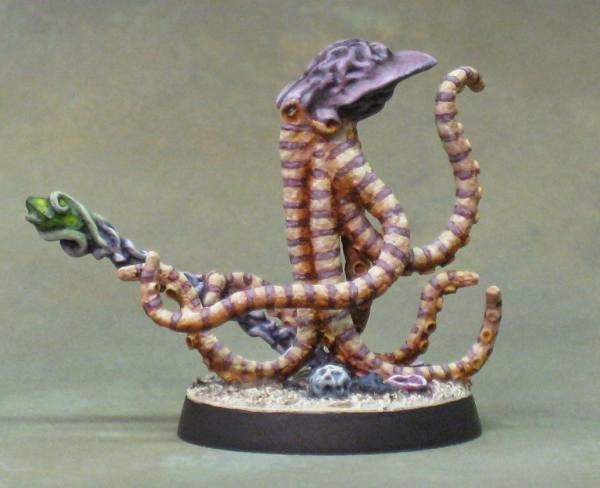 Being a re-visitation of Naval November with feeble excuses offered as to the author's failure to fulfill his ongoing obligations... 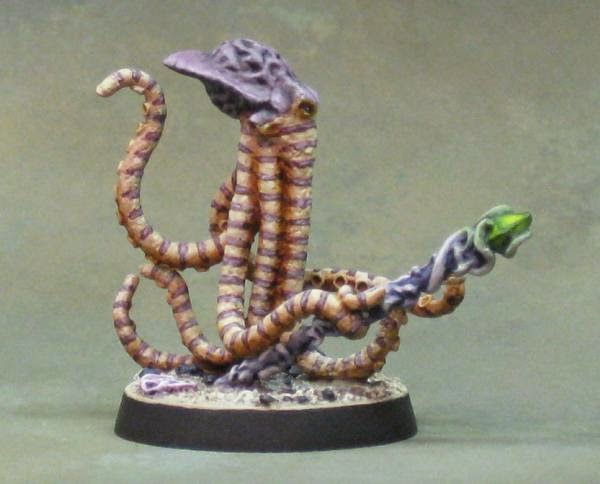 Cut to the chase... Roy over at RoyW's Hobby Blog came up with Naval November last year. I liked the idea and put together a wizard/familiar combo in line with the theme.

So far, so good. The sticking point was that NN came right after Zomtober and participating in those two events back-to-back badly impacted my previous commitment to The Helping Hand Challenge. (The fact that I'm a slow painter and a general loss of interest stemming from my costly involvement in the Center Stage Kickstarter debacle only made matters worse.)

It felt wrong to produce a LOOK WHAT I PAINTED!! post featuring the pair while The Helping Hand Challenge sat neglected. Consequently, only the fish familiar saw the light of day back in November while his boss was allowed to cool his heels (or tentacles in this case) until The HHC was caught up. 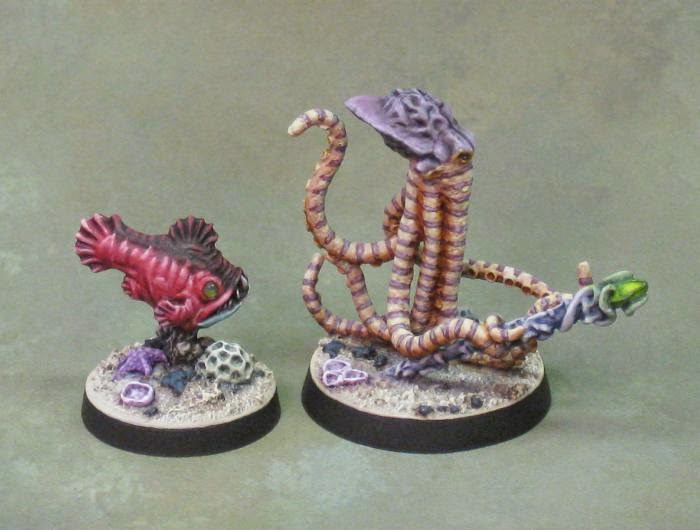 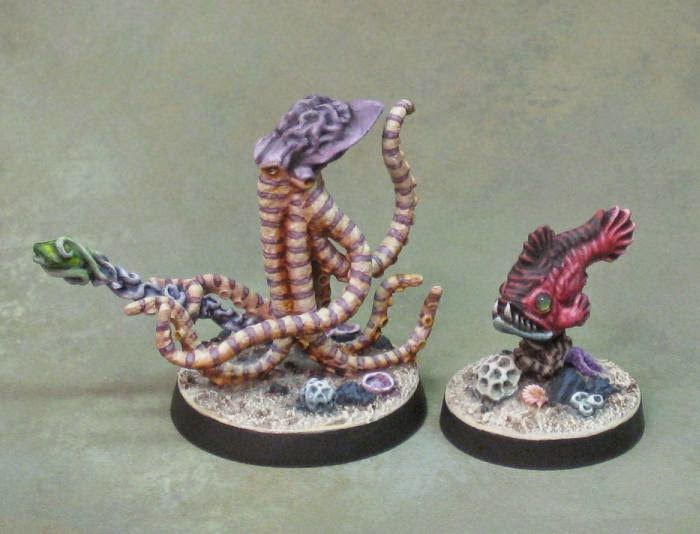 As I'm nearly caught up, it seemed a good time to finally unveil the pair as originally intended.

The wizard began as Bombshell Miniature's Edo Underling #1. In keeping with the pulp sci-fi theme of Bombshell's Counterblast line, the mini holds an enormous ray gun. Nothing against pulp sci-fi or ray guns, but that needed to go. After much filing, carving, and pinning, it was replaced with a suitable staff from a Reaper mind flayer (a staff with tentacles, no less).

There are some awfully cool minis in the Edo faction. As there's always a little more room in the lead pile, I picked up a couple other items at the same time as this one. 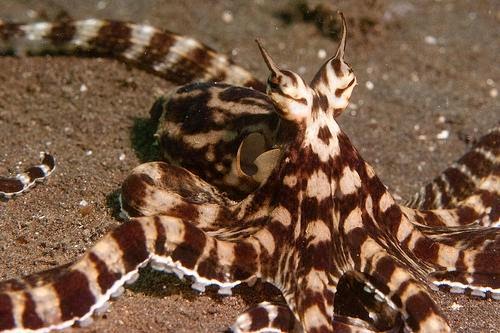 The markings were cribbed from the mimic octopus... an amazing animal optimized for deception and a fitting inspiration for a wizard specializing in illusion. 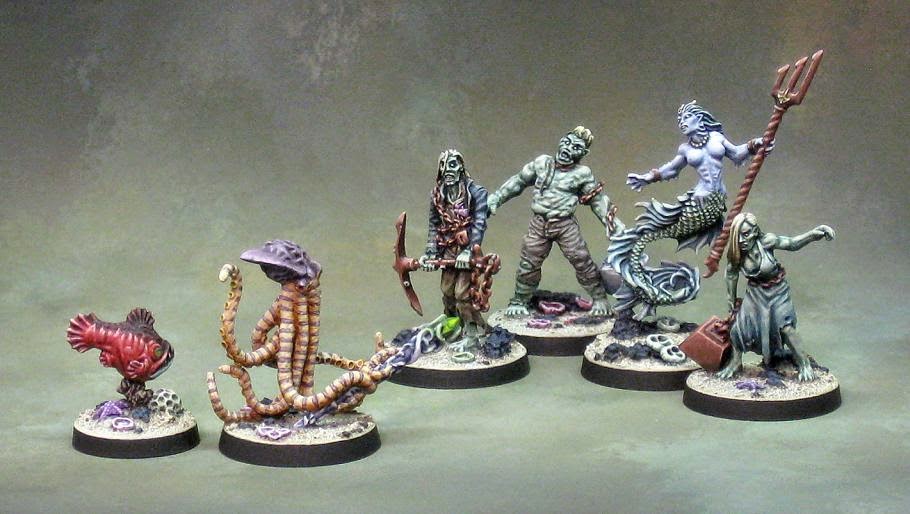 Beyond that, he's still something of a work in progress on a conceptual level. If nothing else, I see him and his kin as foes of the aquatic undead from Zomtober.