Summertime and the Livin's not Easy 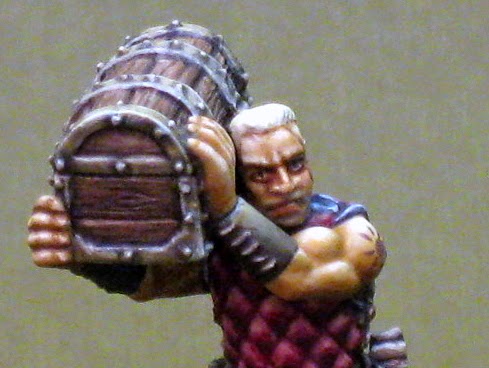 The end of June can only mean two things... Summer has arrived in these parts and it's time for the first entry in the Helping Hand Challenge. (Be sure to check out the other participants at Duke of the Blood Keep and Deviant Designs Deeds.)

With his bronzed complexion, beach-blonde hair, and sun-worshiper tattoo, Otherworld's porter appears ready for a day down the shore. One can only speculate the chest he carries contains either beer or self-tanning products.

Appearances can be deceiving. This guy's more likely to spend his day hauling others' loot from the depths of the earth. Such is the lot of a hireling.

Typically I paint skin, then clothing, then everything else. Here the presence of the chest and bracer right up against the face called for a different approach. I poked into the least accessible areas with black, painted the chest and bracer fully, and only then moved on to the skin. Had I followed my usual progression I'd likely still be doing touch-ups and cursing profusely. 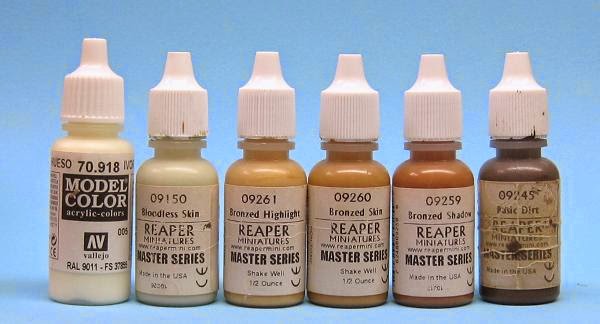 The colors used for the principle skintone are pictured above. Reaper's Bloodless Skin was worked into the highlights. Previous attempts to paint undead with a mix of "zombie" and "normal" skintones taught me that sometimes a little green can actually make a mini look more alive.

Some additional glazing provided the five o'clock shadow and the reddish tones on the cheeks and nose. 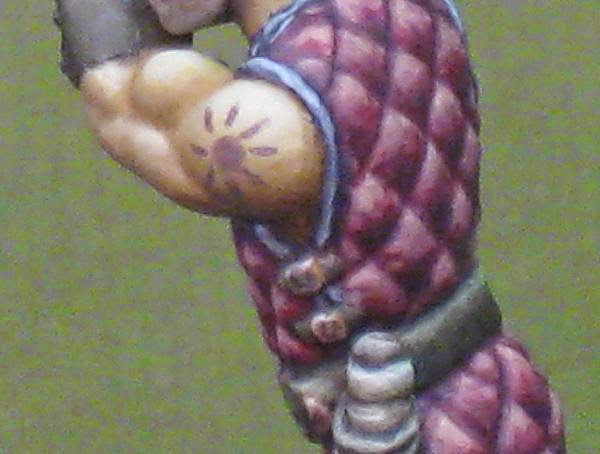 The tattoo was painted with a mix of purple and Reaper's Bronzed Skin. I kept it simple... in general, my freehand technique needs some work and I didn't want to push my luck.


As the HH Challenge moves forward I hope to experiment with techniques that I have previously shied away from (freehand, object source lighting, and NMM to name three). On this mini I tried my hand a some NMM in particular. Hopefully the hardware on the chest looks like brass, the buckles on the armor and belt look like copper, and the axehead looks like steel.

Enough chatter. It's time for some pictures. 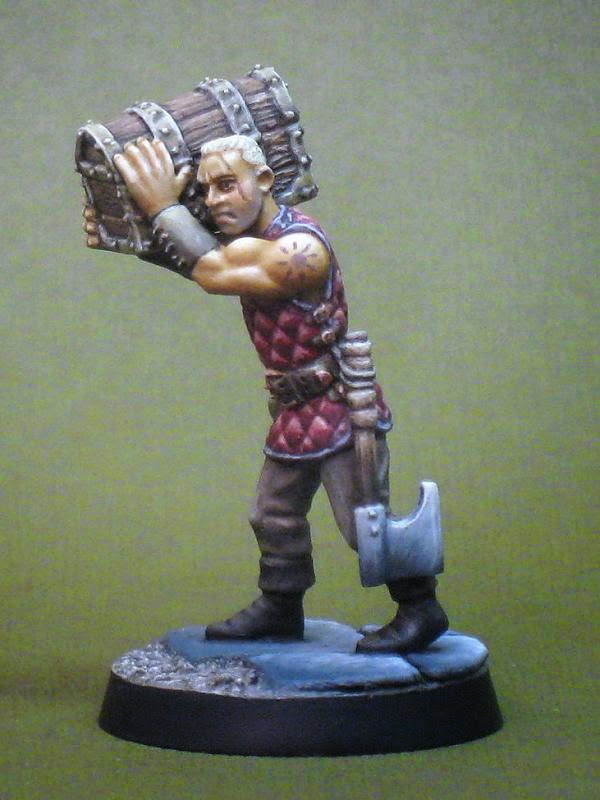 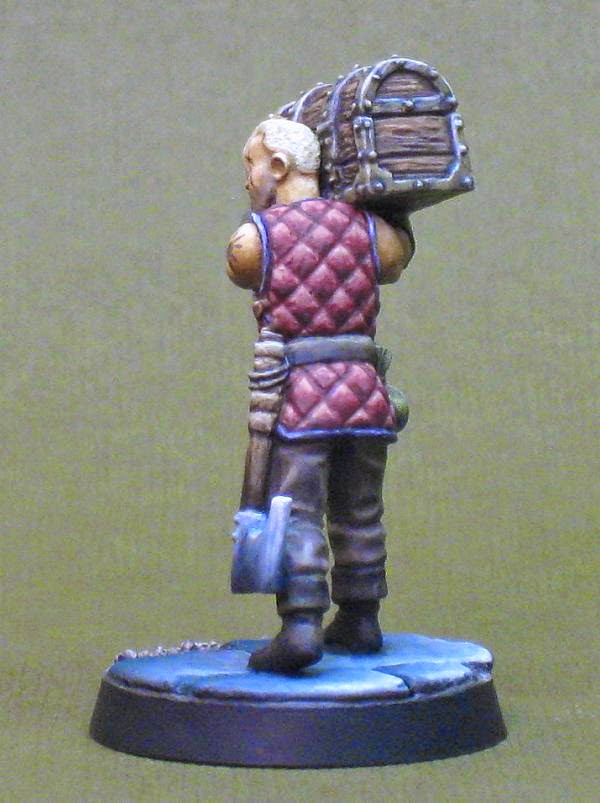 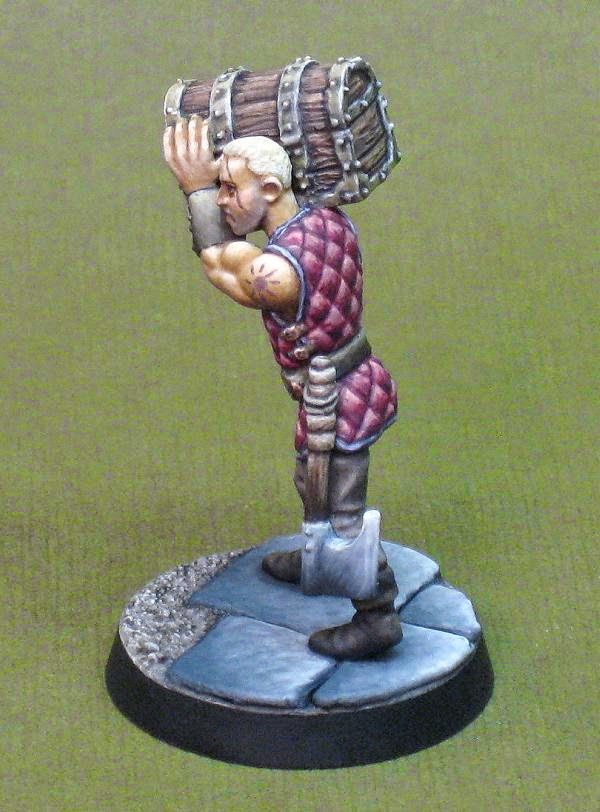 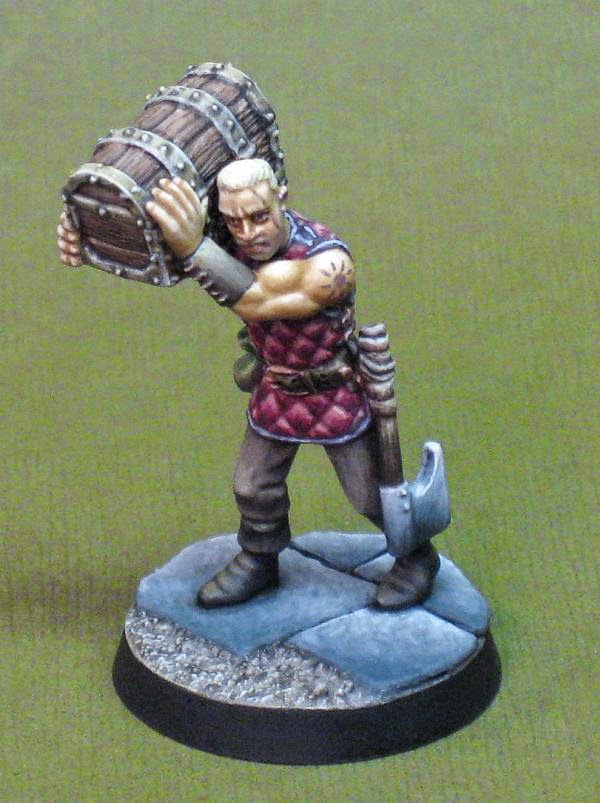 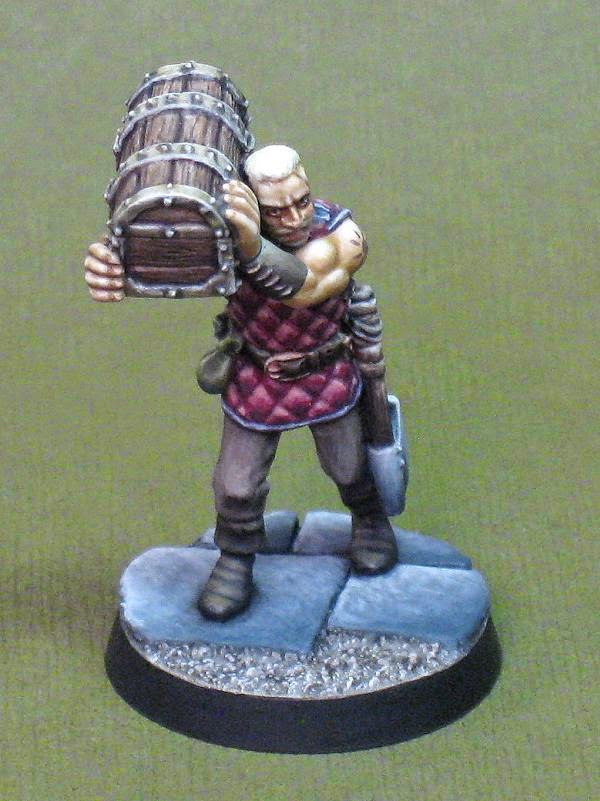