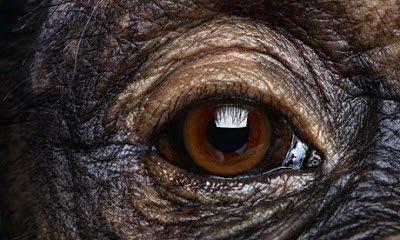 Many blogs that I enjoy feature ongoing projects bound together by a common theme. Prehistoric Pulp at Laughing Ferret, Folk Horror at An Evil Giraffe, and Secret Project at 28mm Victorian Warfare are prime examples of this sort of thing. Not wanting to be left out in the cold, I'm initiating The Fiend Folio Project; miniatures inspired by the first edition's Fiend Folio.

Some will be direct representations of entries from the book, others may wind up using those entries as a starting point only. I won't pursue this to the exclusion of all else but will instead revisit the project as the mood strikes me.

I actually got the ball rolling last year with a forlarren and a blindheim. This year's first work in progress is a shadow demon. 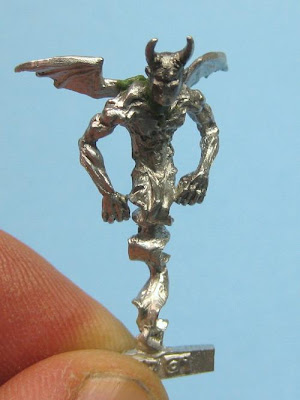 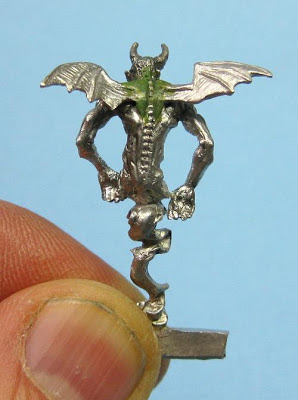 This uses the body of a Wyrd sorrow, the head from a RAFM night-gaunt, and the wings from a Reaper succubus. I made a base using a Reaper treasure pile and attached the mini; concealing the pin with some green stuff. 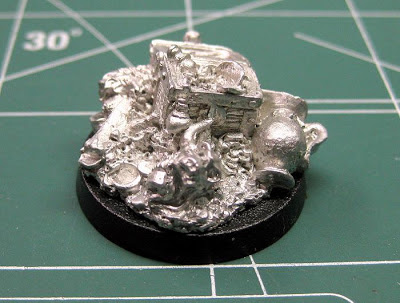 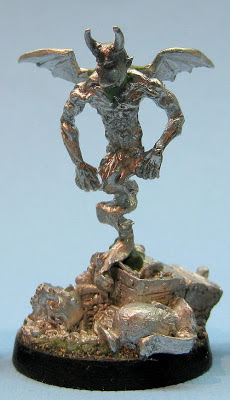 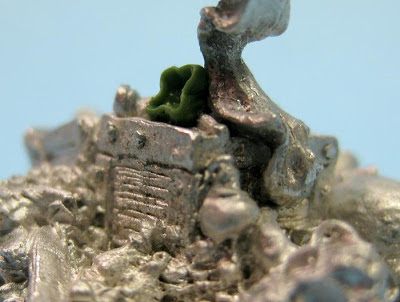 Hopefully a fair representation of the subject as rendered in the original (plus horns). 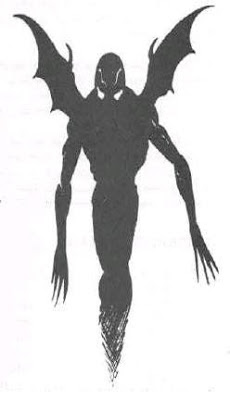 Now for some paint...