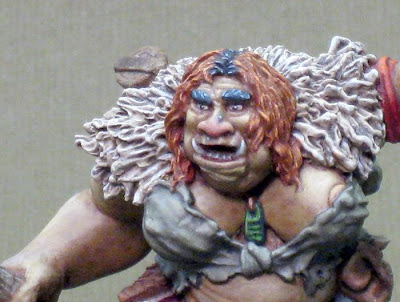 I have finally finished my Reaper hill giantess conversion. Originally conceived as a suitable accompaniment for Otherworld's hill giant, she suffered through an extended stay on the back burner. Well, it's Friday night and she appears eager to make up for lost time. She's liquored up, she's got her red dress on and she's ready to go clubbing.

The conversion was an exercise in addition through subtraction. The more bits and pieces I hacked off, the better it looked. I removed the staff, cleaver, mammoth tusks, pigtail, sickle, a chunk of her skirt, a small frog, and a host of piercings. 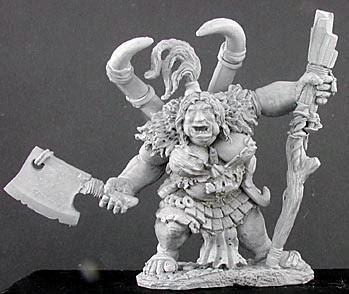 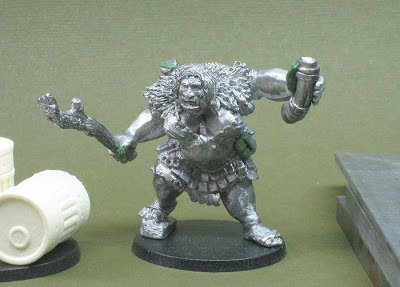 The staff was re-purposed as a club and a mammoth tusk as a drinking horn. I cut away the base except for a section under the right foot which would serve as the starting point for a slab of rock. The thumb on the right hand was removed and the fingers pried open to accommodate the drinking horn. Some bending (made easier because this casting was part of Reaper's discontinued P-65 line) and putty-work followed and she was ready for paint. 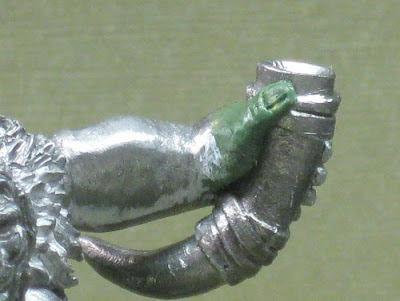 The Otherworld giant is basically stock except for the base. OW supplies the mini with a metal base which I sanded down and mated to a standard base. A lot of filing, filling, and sanding was required to make this work. I also gouged out the area under his left foot and built up the area under his right so he would stand more vertically. 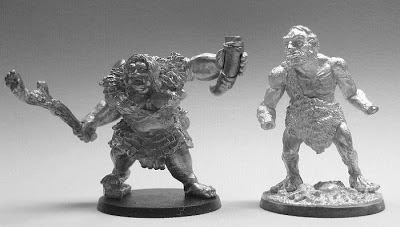 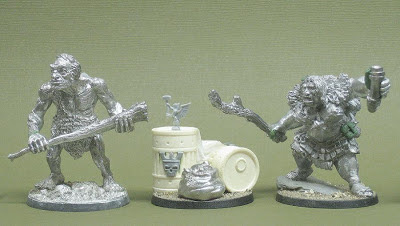 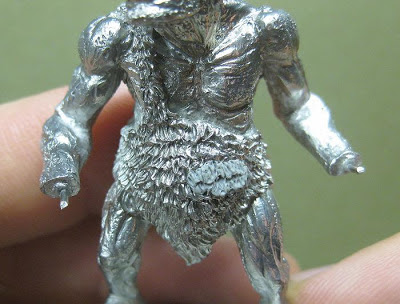 The beer kegs (looted from their original Dwarven owners) are resin oil drums dressed up with GW bits and some treasure from Reaper. The tarp is facial tissue coated with thinned PVA glue. Solder was used to represent the hose coming off the tap. 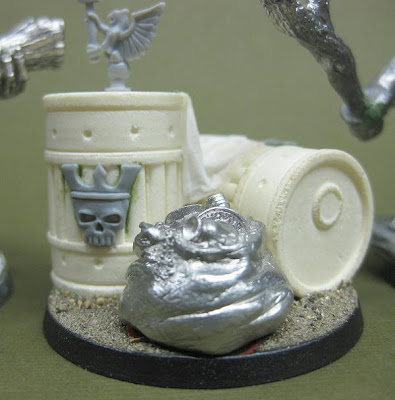 The flesh tones on both minis were achieved with Reaper's olive skin triad and Vallejo washes. I took some baby steps into the realm of tattoo painting with the aid of this excellent tutorial. 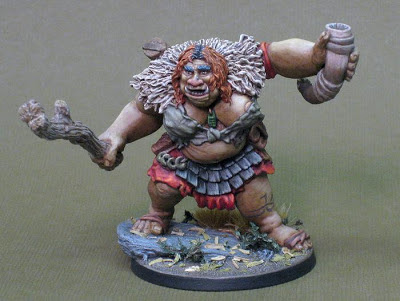 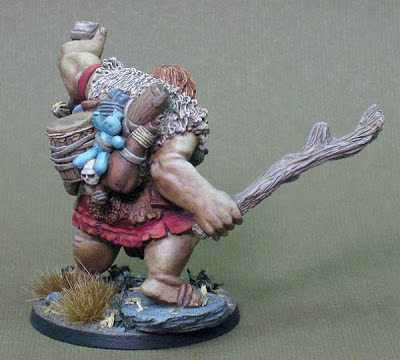 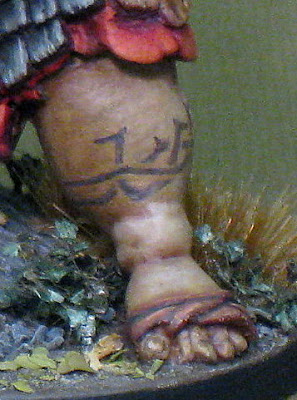 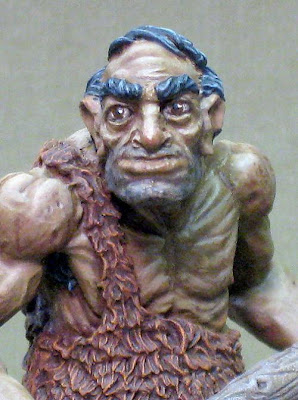 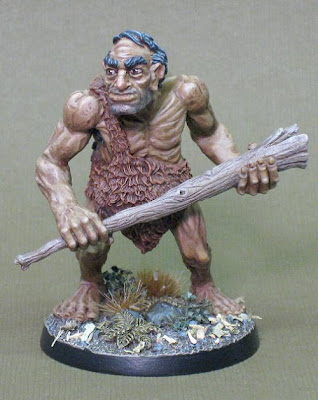 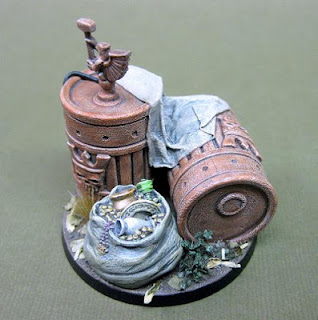