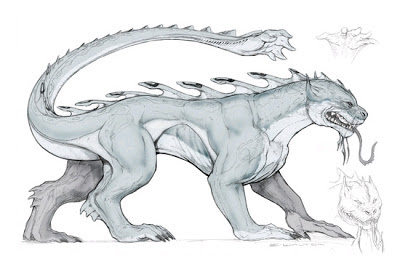 Is it just me or has the current crop of crowd-funded miniatures projects hit epidemic proportions? Until recently I was blissfully unaware of the entire concept of crowd funding. Now, having dipped my toes into the Kickstarter pond, some restraint is in order lest I fall in and drown. This could get real expensive real quick I fear. 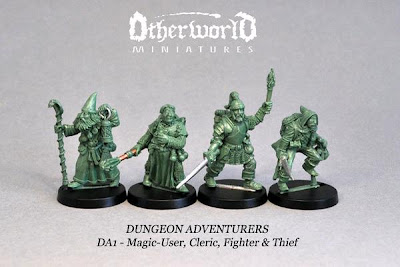 That said, two ongoing projects have caught my attention big time. The first is Otherworld's Dungeon Adventurers on Indiegogo (no surprise there). The second is Paymaster Games' Going Native: Warpath. Paymaster's offering is intriguing given its focus on Pre-Colombian America and the Pacific and especially due to the inclusion of mythological creatures from those same cultures. I'm a monster junkie. The prospect of an orca/wolf hybrid or an ahuizotl (think otter/pit bull/monkey with a gift for vocal mimicry and an extra hand) is too good to pass up. So far the artwork and greens look great.

Speaking of things that are sprouting up like mushrooms, my latest completed project for OW's painting challenge consists of a violet fungus (OW), two shriekers (OW), and a subterranean druid with bad skin (Fantasy Flight Games): 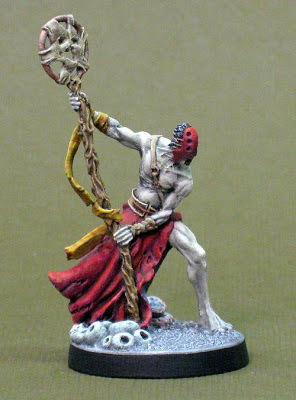 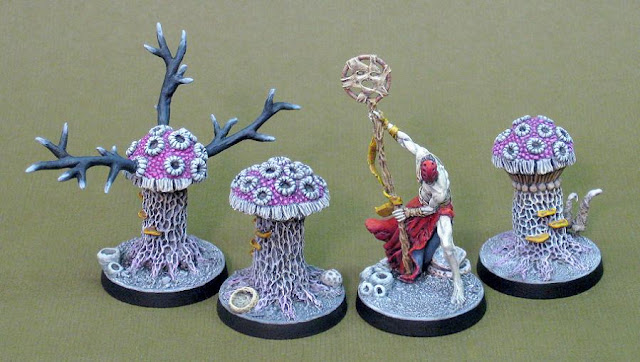 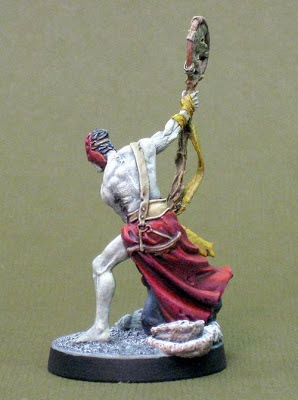 All four were finished using a technique that I picked up from kingsminis where each was primed grey, washed black, drybrushed grey and then white, and only then painted with colors heavily thinned with GW's Lahmian Medium.

The druid was an attempt to try out some things that might transfer well to painting undead. The results were mixed: Really subtle shading without the use of washes combined with some nasty graininess in spots (clumped paint residue from the drybrushing?). This guy is done but the technique is still a work in progress.

Curiously, the shriekers avoided any such problems. Here is a time-lapse of sorts showing one progressing through the various stages. The top row consists of Primer, Wash, Grey DB, White DB. The bottom: Thinned Paint (grey over grey may not illustrate the point all that well, but trust me, it's paint), Detailing, and More Detailing/Highlights. 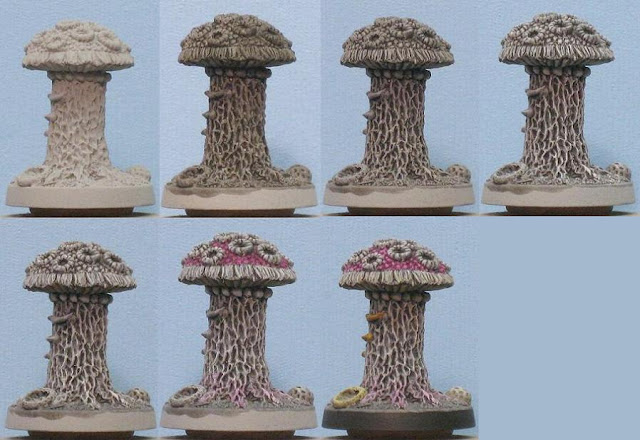 The project also allowed for some sculpting on the bases. Turns out that sculpting fungus with green stuff is an enjoyable way to spend ones free time. Who knew? 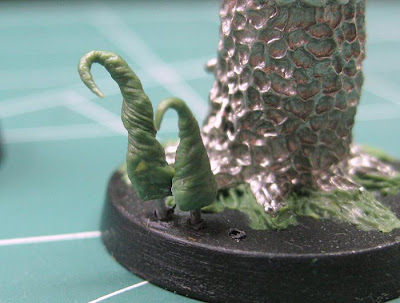 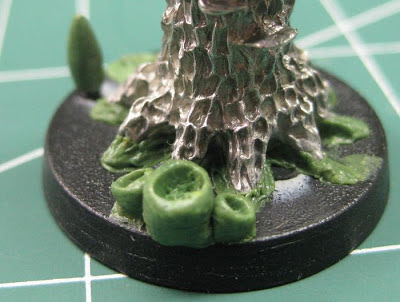