I came across these Otherworld giant weasels while doing some tidying-up around the paint cave (a rare occurrence, but that's a story for another day). They were painted some years ago and, if I recall, only ever appeared on OW's currently deactivated forum.

Concurrently, I find myself learning to use a new computer (replacing one with an operating system from the last century... also a story for another day). Before shipping my old machine off to the Museum of Antiquities, I unearthed the references used when painting these three. As actual weasels are rather boring (visually that is... they're the life of the party in most other respects) African civets filled in admirably. 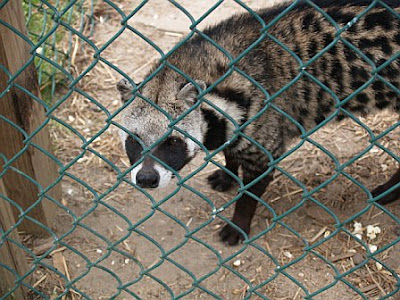 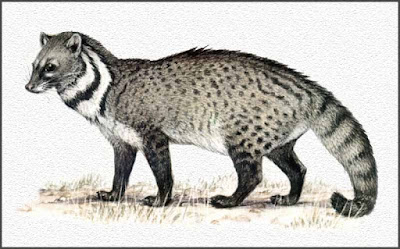 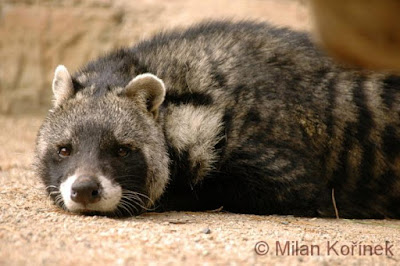 As the time seemed right, I grabbed my camera and took some pictures. 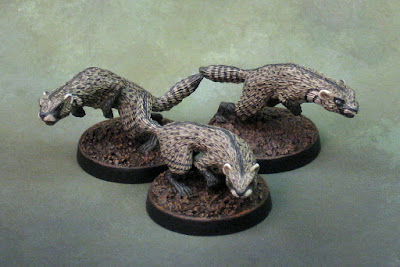 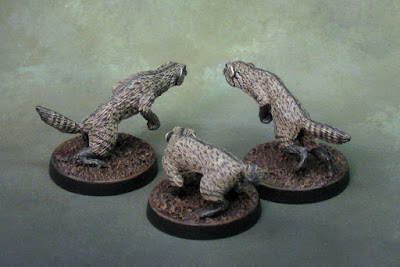 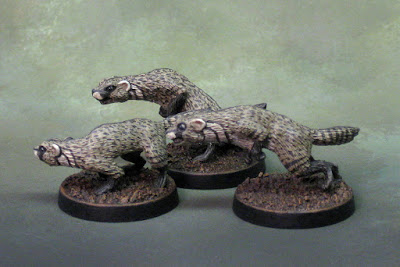