Yes, this is indeed the dreaded I'm still alive post.

2016's hobby efforts, which began with promise, ended with a resounding thud as my Zomtober participation fizzled. It was all downhill from there.

Rather than dwell on past failure, I choose to emerge back into the light and move on. To that end... some work-in-progress pictures seem appropriate.

Spurred on by some rather nifty textured rollers from Green Stuff World I got for Christmas I'm easing myself back into the hobby. 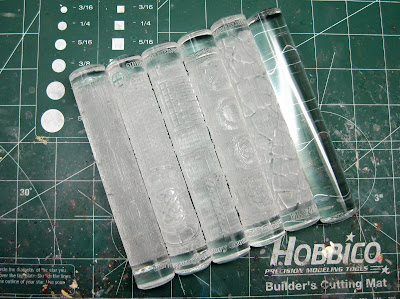 I've seen these in use by James Wappel on his blog for some time. They did not disappoint.

While Mr. Wappel uses modeling clay run through a pasta-maker that is then baked in a toaster-oven, I gave simple plumber's putty a whirl. Unlike green stuff, plumber's putty is brittle when cured. It also sets very quickly and thus allows a limited window where it's workable.

I kneaded the two components together, rolled it out like so much pie crust (on a plastic sheet cut from a freezer bag), rolled the desired texture into it, and called it a day. 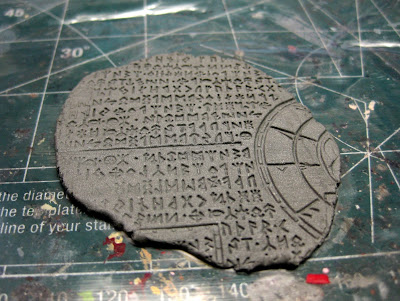 When fully cured, I peeled off the plastic and attacked with plyers. 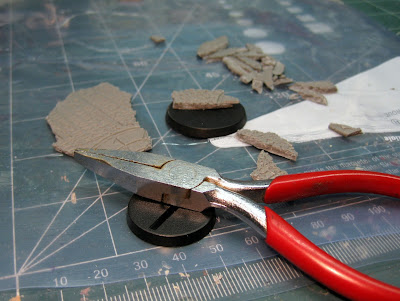 Two unpainted refugees from the aforementioned Zomtober debacle have been based using the resulting fragments. 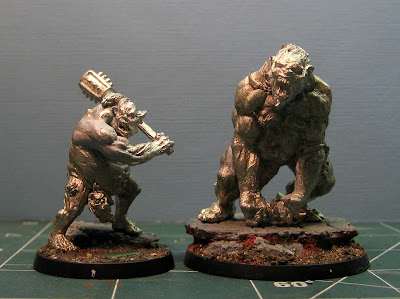 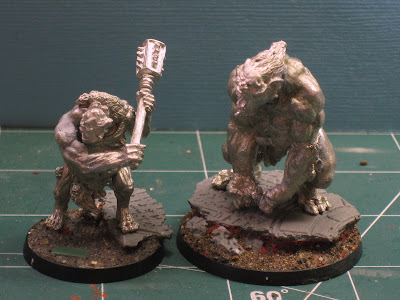 The larger of the two is from Gamezone. The smaller (he's still pretty large) is from Heresy with its original weapon swapped for a mace from a Reaper miniature. Its left foot was attached to the putty fragment first, then the resulting subassembly was attached to the base. It seemed much simpler to do it this way than to try to get the angles right on the base before attaching the miniature. 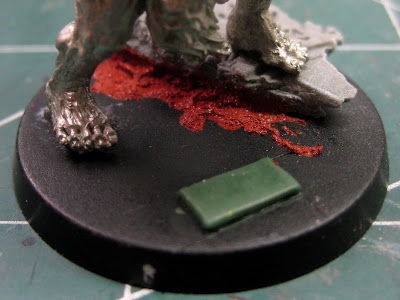 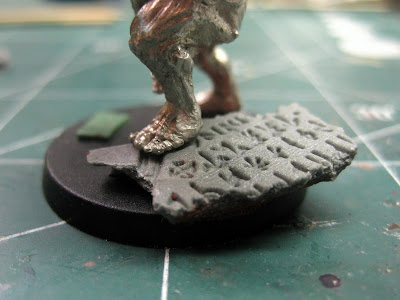 At this point convention dictates that I tease what's coming in my next post. I'm tempted, but given my recent track record convention must be tempered by reality. I'm gonna take this one day at a time.