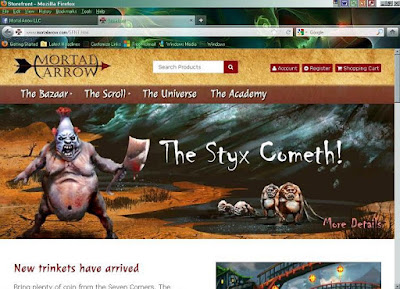 Good news, campers...Fractured Dimensions Miniatures are now available through Mortal Arrow. This includes both FD's old catalog as well as the insanely good stuff from the IMotOP Kickstarter. Lots to see on the site; not least of all, painted minis by the likes of Martin Jones, Andrew Taylor and some joker named Finch.

Speaking of which, Finch needs to get it in gear. (Evidently, I've moved beyond simply using a pseudonym to referring to myself in the third person. Fascinating.) He has a lot of miniatures in need of paint.

Back in the land of first person narrative, I've got FD's larvae on the paint table. They suffered through a false start when I painted them black and attempted to base them in pairs. This ended badly with scuffed paint, basing materials in all the wrong places, and considerable swearing. 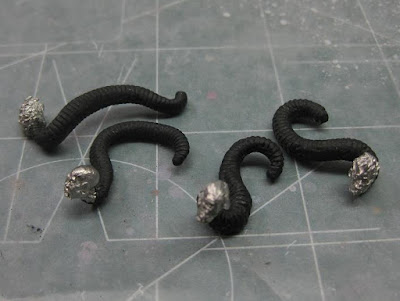 Off the bases and into the Simple Green they went. Stripped down to bare metal, they were ready for another attempt.

This time I applied mica gel to two 25mm bases, allowed them to dry, attached each of the lowermost larvae to its base, and pinned the uppermost larvae in such a way that they can be painted separately and added later. 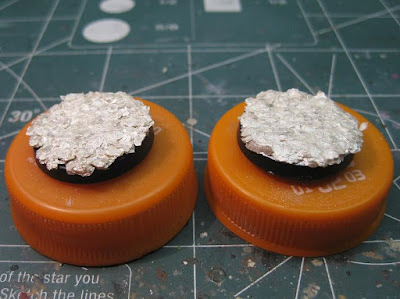 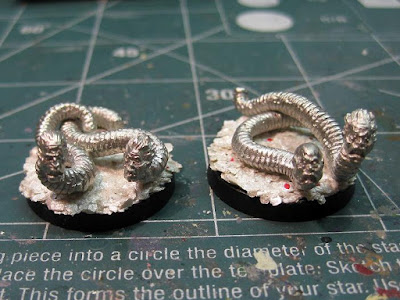 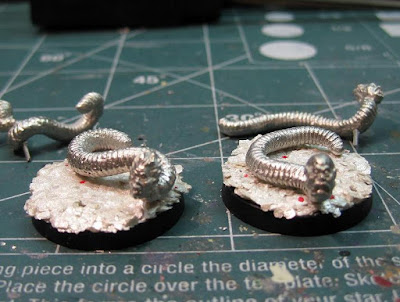 This seems like a workable arrangement. I have my fingers crossed.