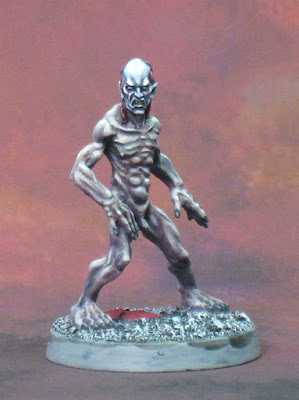 Another week... another red ghoul in the bag (fourth overall, the third and final from Otherworld Miniatures). In terms of painting, he's similar to the two previous OW minis except that both green and fleshtone washes were used (in addition to purple and blue). The first used fleshtone but no green, the second green but no fleshtone.

As is typical with Paul Muller's work, the face is outstanding. Last week I had a fiendish grin to work with, this week a full-on snarl. Great fun to paint. 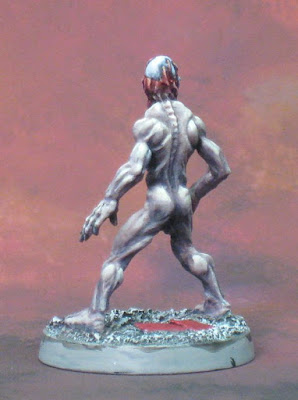 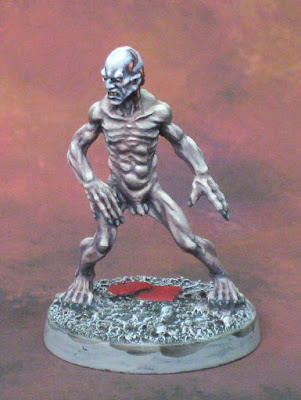