Axe me no Questions, I'll Tell You no Lies 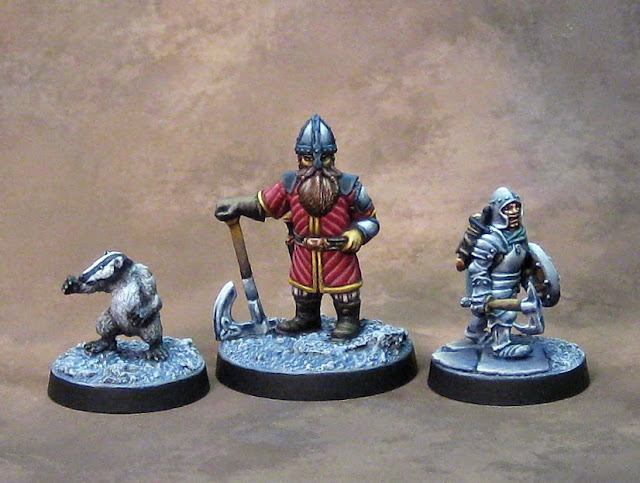 The armor was my most extensive attempt at NMM to date. What can I say? It took longer than expected. I did enjoy the process though and hopefully learned a few things along the way.

The NMM tutorial from James Wappel's Painting Pyramid Kickstarter proved invaluable. Chock full of great info. I would've been lost without it.


I've been lagging behind in the Helping Hand Challenge and so it may seem rash to have added the halfling and badger to the roster. I have no regrets. They were already prepped and based. It seemed like their time.

When he was first prepared, the badger was intended for an outdoor setting with ample ground cover and what-not. As part of the HHC he wound up instead as a grey miniature on a stark grey base. I tried to warm up the greys used on the fur as a contrast to the cool grey base. 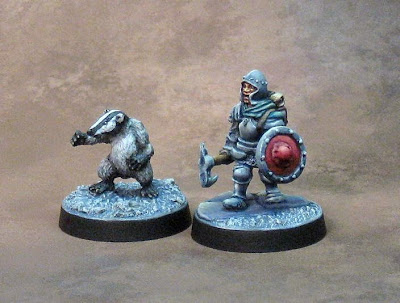 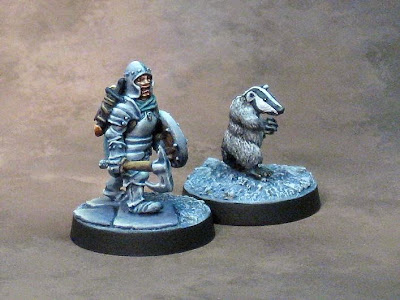 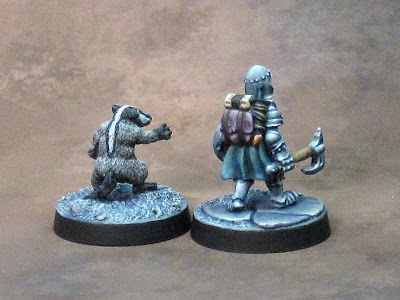 The Dwarf Mercenary was very straightforward. The stripes on the pants were a late addition. 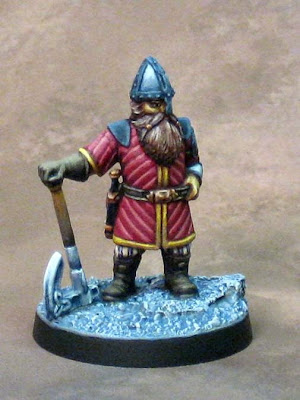 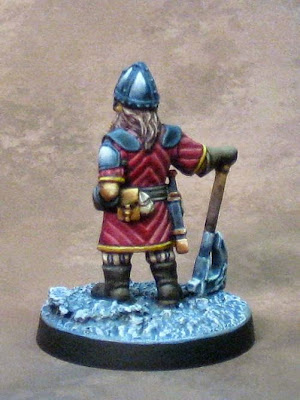