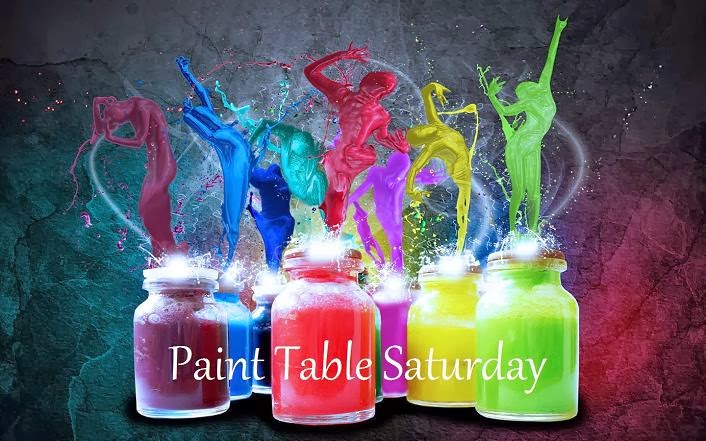 Luckily things aren't nearly as bad as all that. The right team won the Superbowl and some progress has been made on a trio of zombies. In keeping with PTS custom, a picture of my workspace: 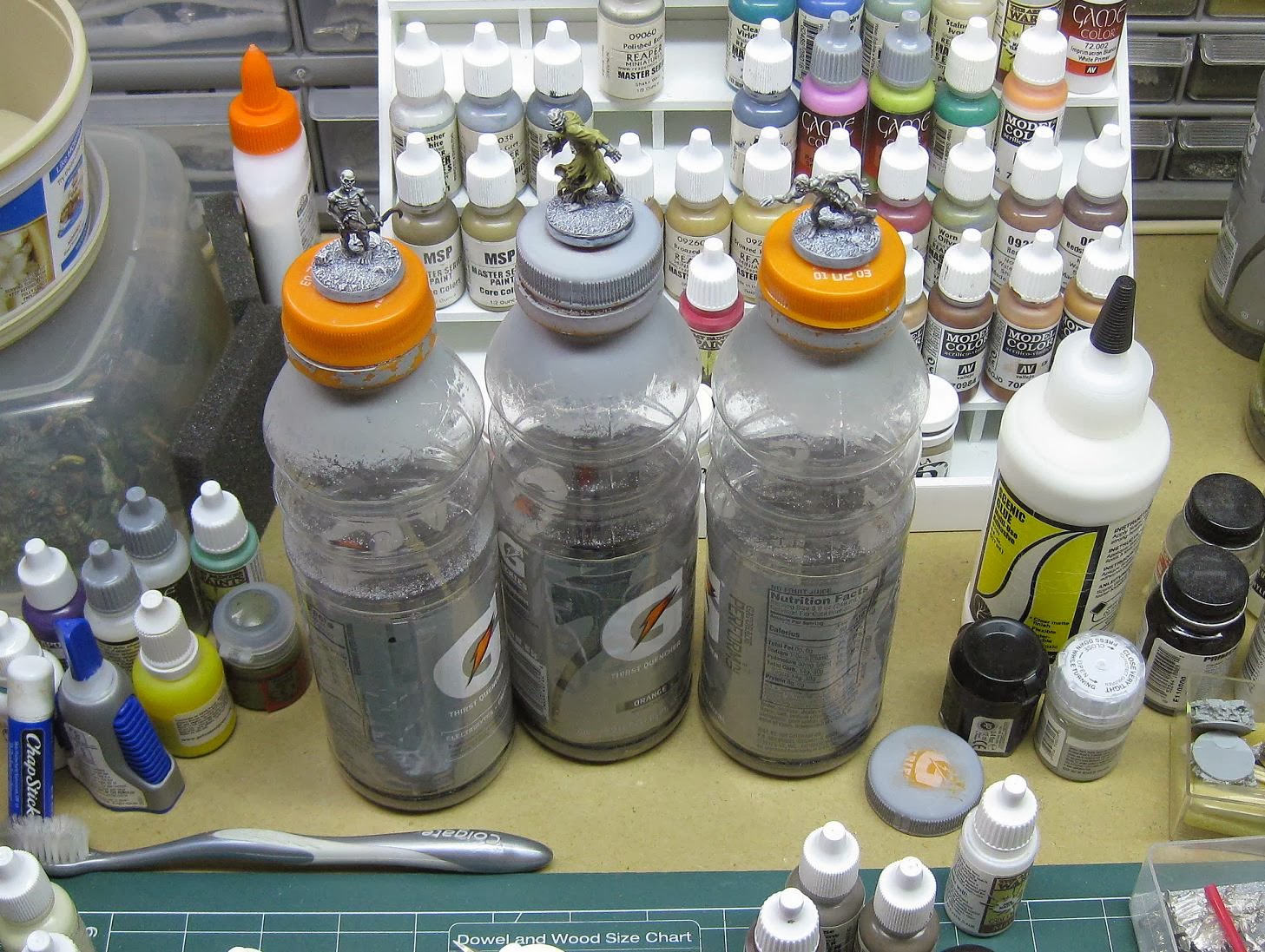 Seen here are a doombringer from Studio 2 Publishing flanked by two Heresy zombies. For the purposes of the The Fiend Folio Project, they serve as a Revenant and two Coffer Corpses. In particular, the Studio 2 miniature's hooded cloak jibes well with Russ Nicholson's Revenant illustration from the FF.

A more detailed WIP of the three as they now stand: 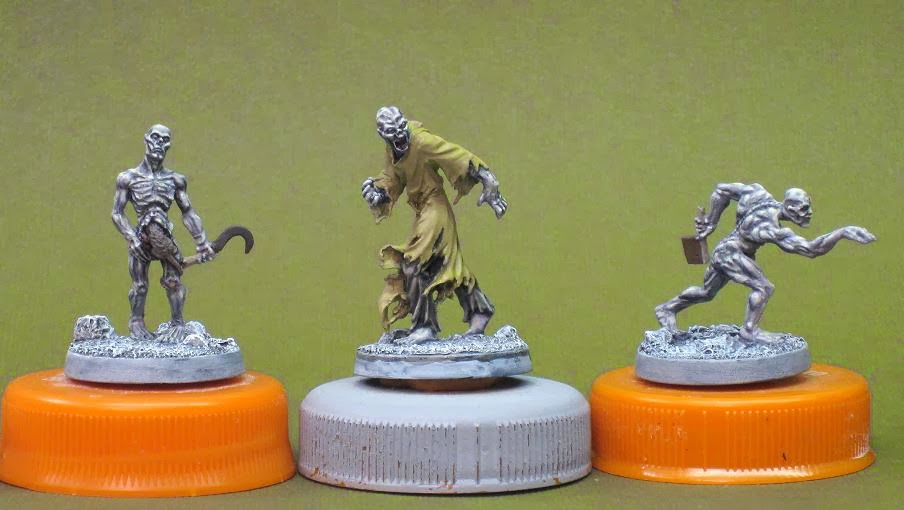 An earlier WIP of the Revenant with just the base colors laid down: 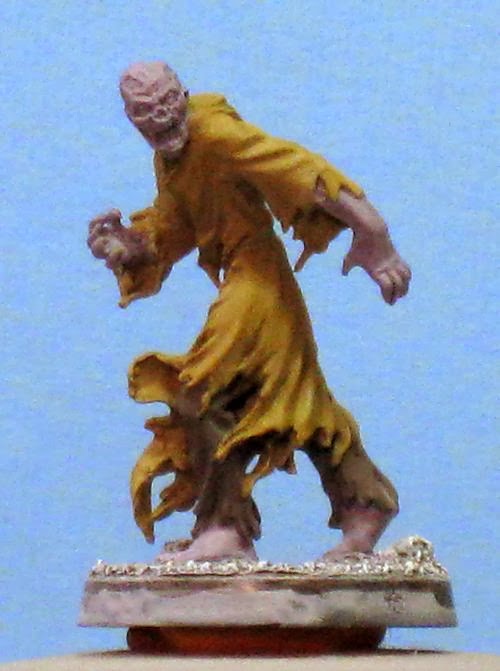 A 28mm pinkie; easily the smallest thing I've ever sculpted: 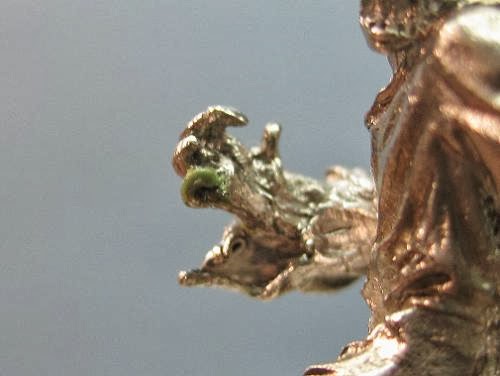 Right on cue it's started snowing again. No lie. Like I said, the weather's been crap.
Posted by Finch at 4:58 PM