Satyrs on the Rocks 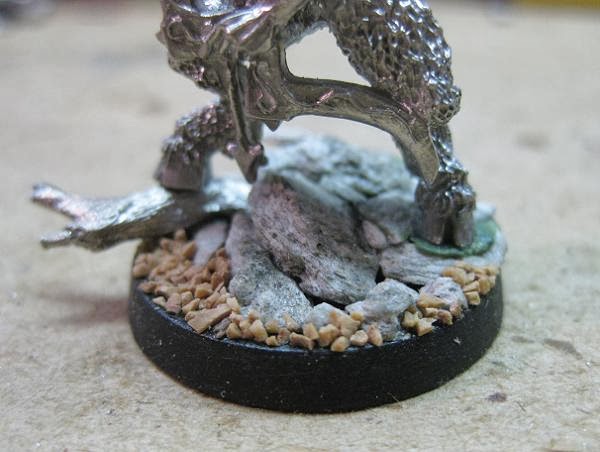 It's time to kick off the new year with a couple painted minis. One's a bit of a cheat in that I actually finished him a couple years ago. The other was just completed after an extended stay in miniature limbo.


I posted pics of the Otherworld mini on the company's forums back when he was first painted but this is his Minis by Finch debut. I posted some WIPs of the Ral Partha mini on the Reaper boards some time ago as well. They were an experiment in dark and pale skintones as well as the use of rocks as basing material. 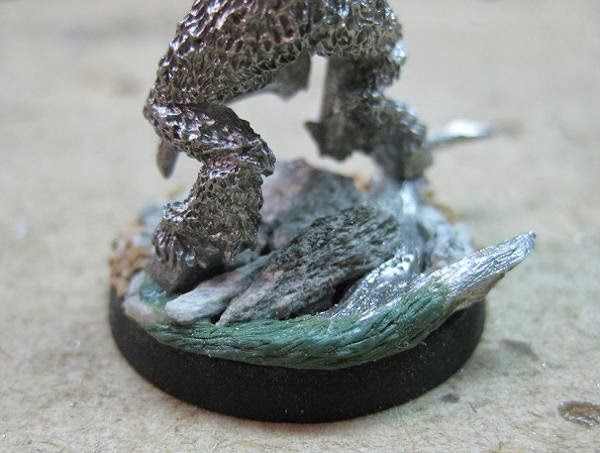 Nothing simulates rock as well as actual rock it seems. In this case I obtained a small supply that could be broken into smaller bits with a pair of electrician's pliers and looked very convincing at this scale.

The Otherworld base consists of a pile of these fragments, attached with superglue, a Woodland Scenics tree branch, and some putty.

The Ral Partha base was approached differently. Here I reduced the Minis original integral base down to small platforms under each foot. Using a motor-tool fitted with an abrasive bit, I then cut two depressions into a slab of rock, test-fitting frequently to ensure that the mini would wind up flush with the top. The two components were superglued together and some putty was used to blend everything together. 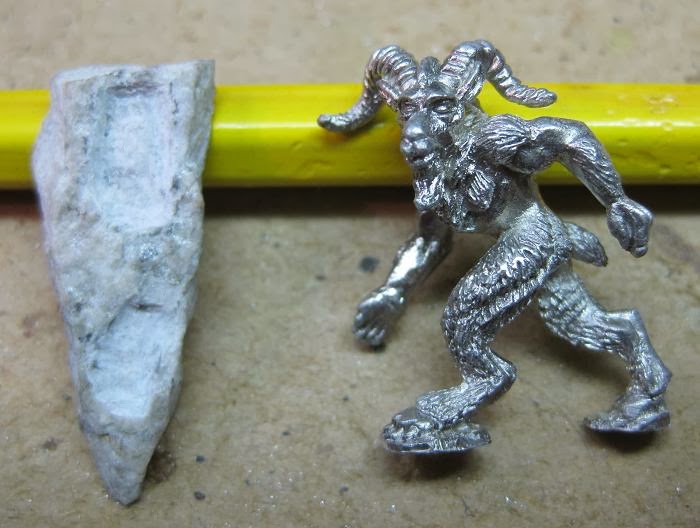 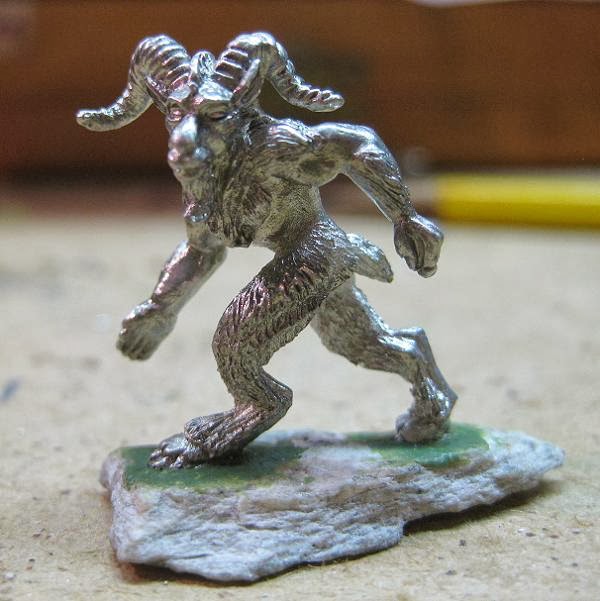 The mini was originally part of RP's Shadowrun line and is unusual in that it has clawed feet rather than hooves. 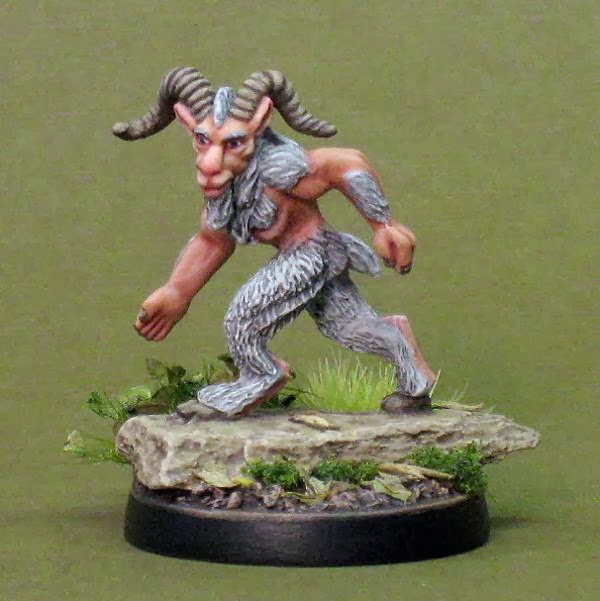 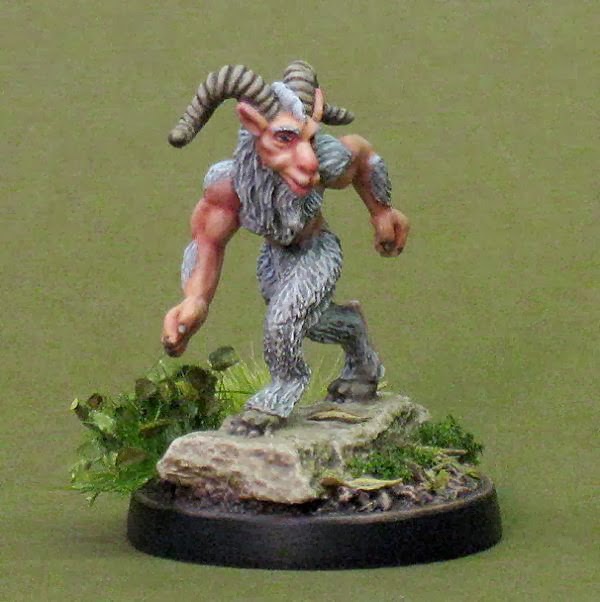