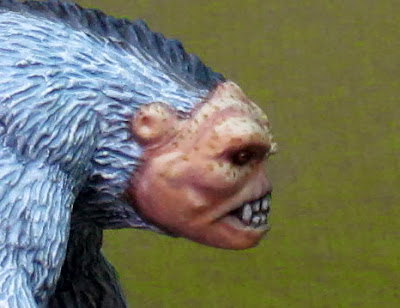 The Fiend Folio Project rolls on with the completion of two Fenris gorilla bears. 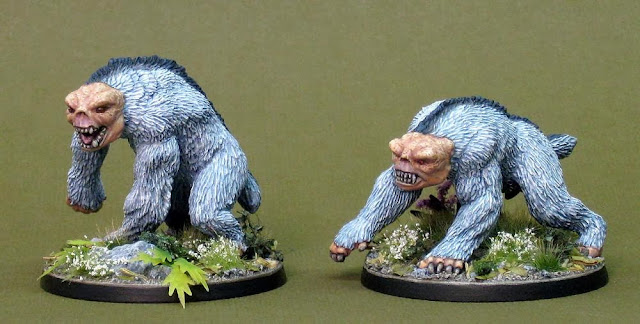 Painting their faces was thoroughly enjoyable but concerns over whether their fur looked too bland caused some agita for me. Ultimately I convinced myself that the fur looked fine and moved on. 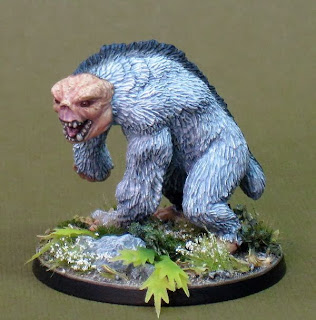 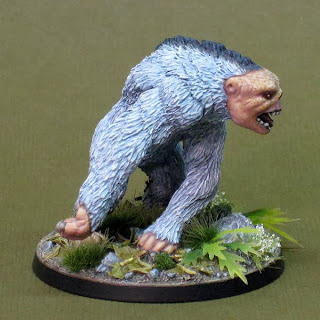 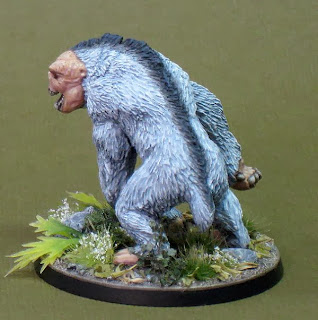 A verdant forest/jungle look was the goal so everything but the kitchen sink (including some scavenged aquarium plant bits) went onto the bases. The purple flower is from a model railroad store. 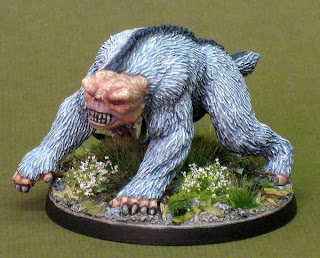 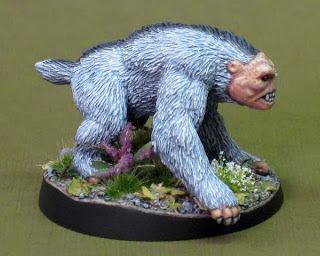 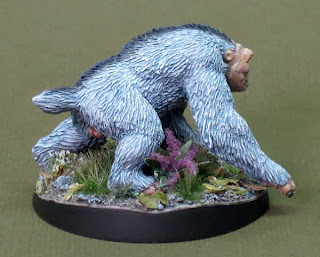 Elsewhere, Center Stage miniatures revealed the first of two Dire Corby greens as part of their Tome of Horrors Kickstarter. Sculptor Drew Williams did an outstanding job. As a project backer I'm in line for this and other forgotten FF classics. (Sadly, the flumph is still under wraps.) 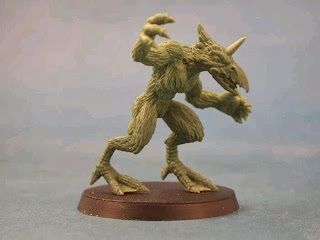 Because my lead-pile isn't nearly vast enough (yeah, right), I picked up a couple items with Fiend Folio potential. Chief among these is a Wyrd jackalope with "al'miraj" written all over it. I ask you, what miniature collection could be called complete without at least one  killer-unicorn-bunny? 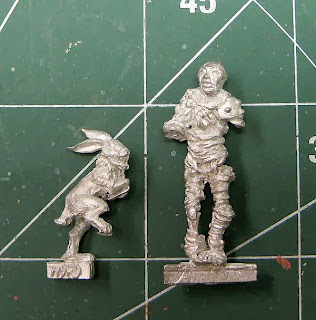