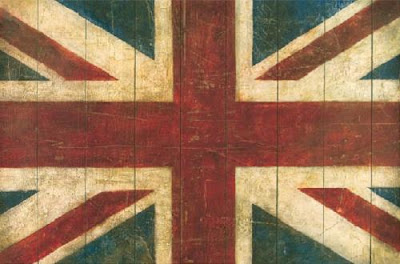 I need more minis like I need another hole in the head. This undeniable truth didn't prevent me from taking advantage of sales recently run by British manufactures Otherworld and Heresy. I picked up some cool stuff at a good price.

And so the lead pile grows.

One mini, however, has earned the rare distinction of going straight from the package to my workbench; Heresy's cyclops. He has been paired with Otherworld's meazels for this month's painting challenge on the OW forums. 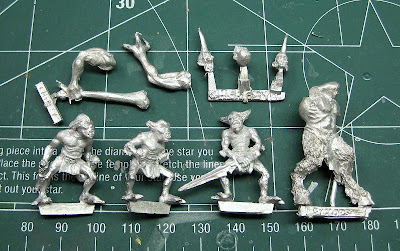 The cyclops comes standard with three different heads. I chose the one I liked best, pinned it in place (after some re-shaping of the neck for a better fit), and applied green-stuff. 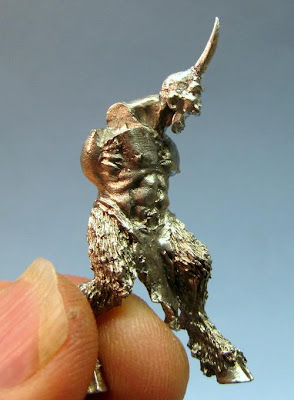 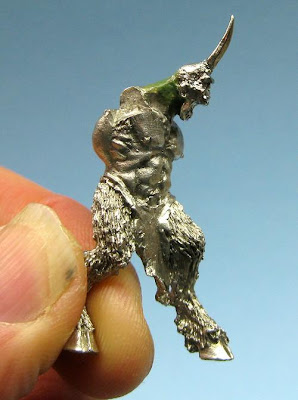 The arms were attached followed by more green-stuff. After this cured, I addressed a rough spot in my work with some Tamiya white putty diluted with lacquer thinner followed by a light sanding. 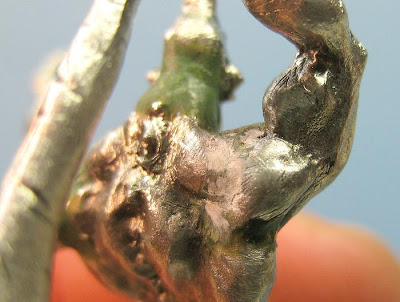 The meazels are one piece castings and therefore much easier to deal with. At least that was the theory.

Upon close examination one of the minis turned out to be miscast. A rope garrote was largely missing. This lead to a crash course in making rope from copper wire. Fiddly work to be sure; not least of all because it was necessary first to remove what remained of the original garrote. 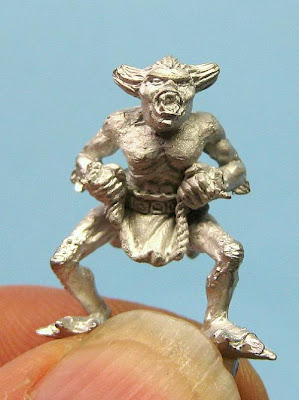 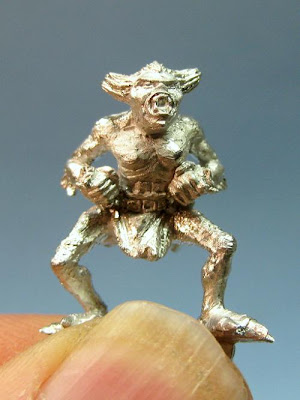 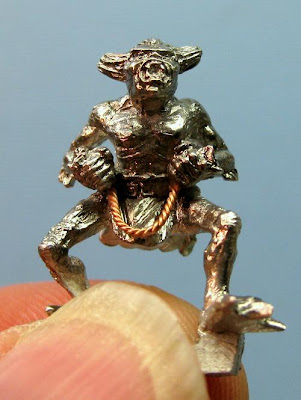 My boiler-plate basing procedure, arrived at through trial and error, was used here. Speaking in general terms, the drill goes something like this: 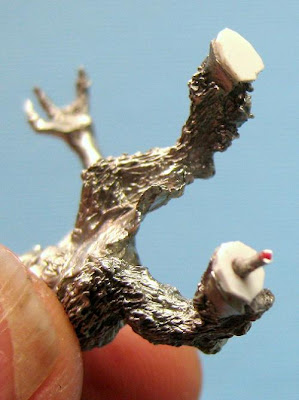 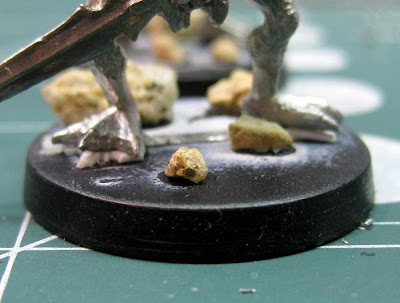 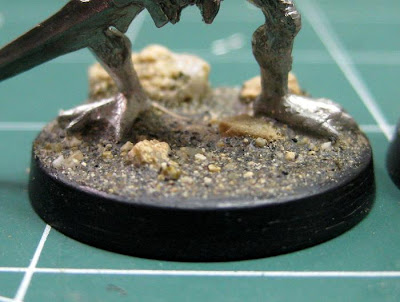 So much for generalities. Returning to specifics, I now have four minis awaiting primer and paint: 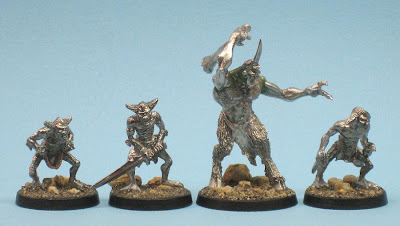