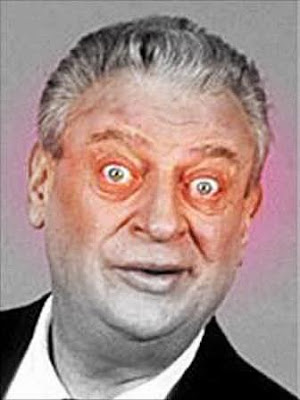 In the early eighties the subject of today's post was described as a "frog-like humanoid with huge eyes that shine like searchlights". I refer not to Rodney Dangerfield following a tragic industrial accident, but rather to the blindheim; a creature found in 1981's Fiend Folio. Like the late, great, Mr. Dangerfield, the blindheim (and for that matter, the entire Fiend Folio) is notable for receiving no respect.

As evidence of the blindheim's standing, I present exhibits A and B. 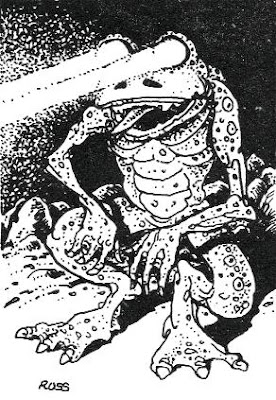 Maybe I'm just dense, but I fail to see why the little yellow guy deserves such scorn. Seems like a perfectly workable concept to me. When I came across Valiant Enterprises' oni demon I saw the opportunity for a straightforward conversion project. 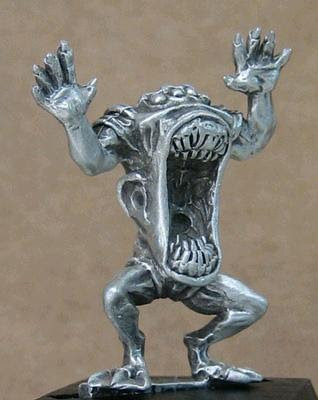 Right from the blister the mini has some issues: 1) static pose: It looks like he's trying to surrender. 2)eye line: Why is he staring at the ceiling? 3)ears: I kinda like these but they're anything but frog-like. 4)teeth: These are a bit slab-shaped in spots and lack definition between themselves and the gums.

Nothing too serious. The pose and eye-line were addressed through some considerable bending. The ears were removed and the teeth reshaped with files and a hobby-knife. The addition of a tongue from Otherworld's giant frogs helped to accentuate further his inner amphibian.

What I wound up with has not two eyes but four and is slightly larger than described but hits all the important notes nonetheless (frog-like, large eyes, vicious bite). 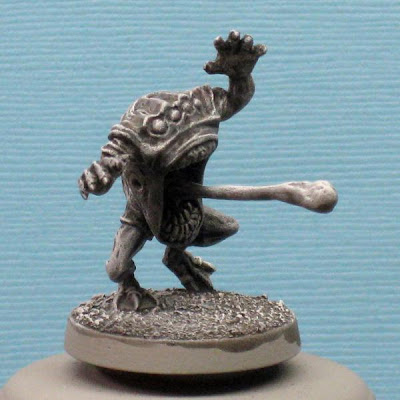 I went with a vivid purple tongue because purple sits opposite yellow on the old color wheel.

The eyes are my first attempt at OSL. 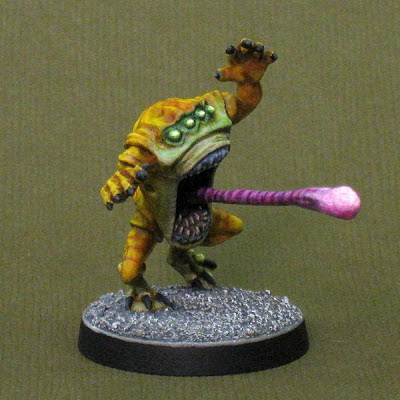 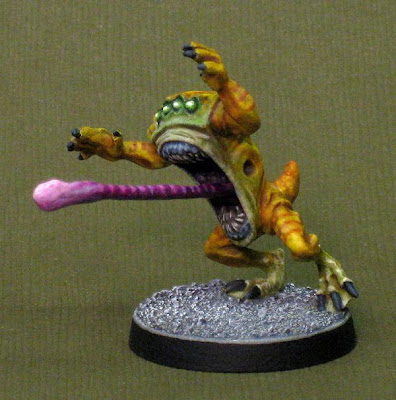 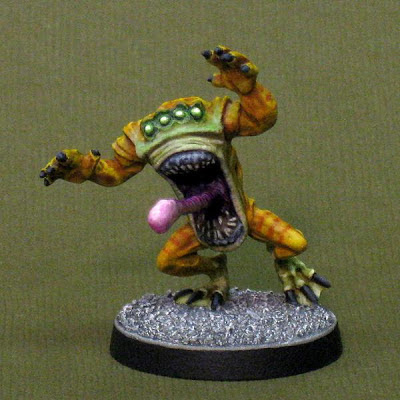