Shine On You Crazy Demon 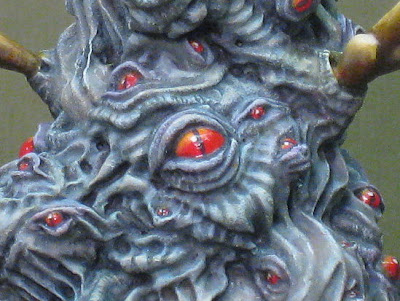 The new year has arrived (several weeks ago I'm told) and it's time to get cracking on a fresh crop of minis. Last year's goal of painting and presenting something by Otherworld each month suffered an eleventh hour setback... I missed December. I am therefore kicking off 2013 with what was meant to be December's offering: a black pudding and grey ooze by OW accompanied by Fractured Dimension's superb Juiblex (AKA Joiblexx, Slime Lord of the Bleak Fens).

The Juiblex sculpt is by Pedro Navarro. Pictures of the green can be seen on his blog. Very Lovecraftian and true to the original Trampier illustration from the Monster Manual. 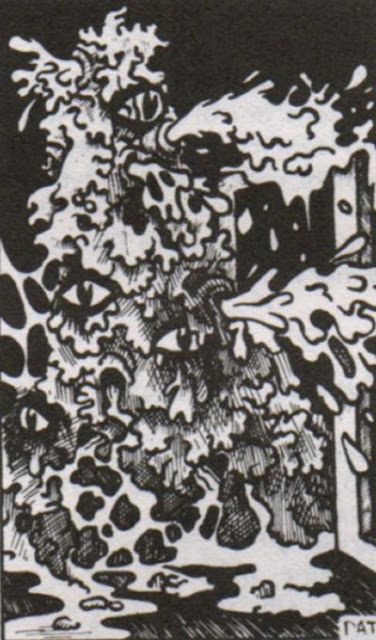 No major conversion work on this one; just a couple tweaks. Initially, how to handle the base was a head-scratcher. In the end I shimmed the mini up by about 1/8", attached it to a standard 40mm base, and sculpted the lower portion as though it was about to flow over the base's edge. Hopefully this blurs the distinction between where the demon lord ends and the surrounding environment begins. 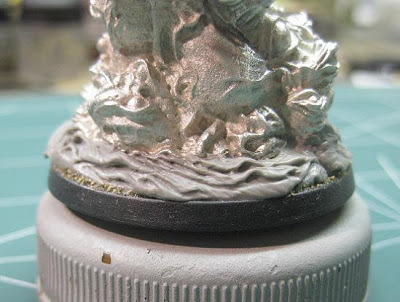 The mini comes with four "vomit pieces" that can issue from various orifices. I used one of these as-is, a second one that was chopped down, and a slime blast from Armorcast. This last piece was smaller than the others so I used an eye as its attachment point. All three pieces were pinned. 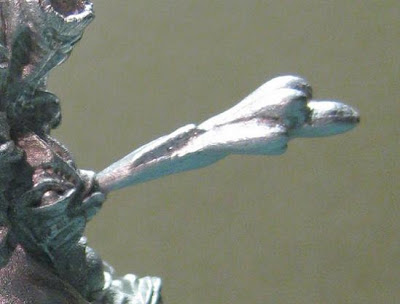 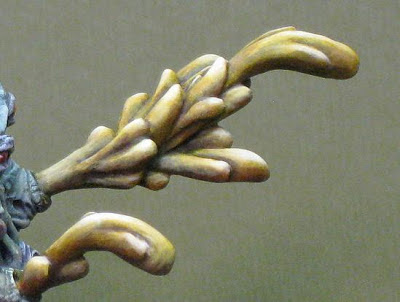 The paint was achieved through multiple washes and extensive glazing. A good deal of purple and flesh-tone was applied over the green base. The eyes were first painted white and then red so they would really pop. 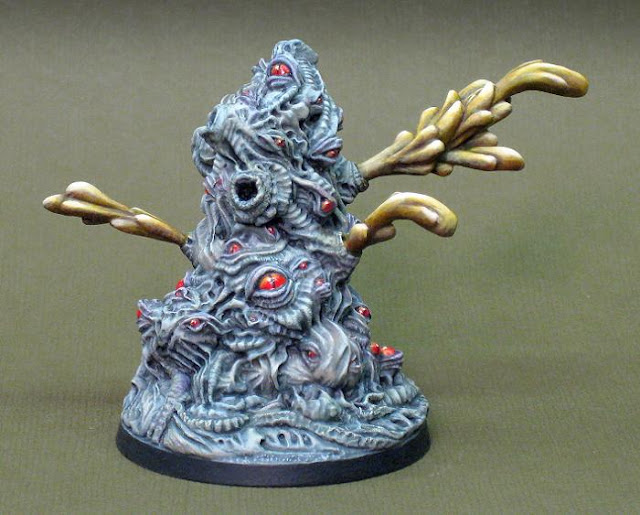 The mini received an overall coat of gloss varnish so it would look slimy. This looked awful. I then went with matt varnish followed by gloss on just the eyes. Much better. 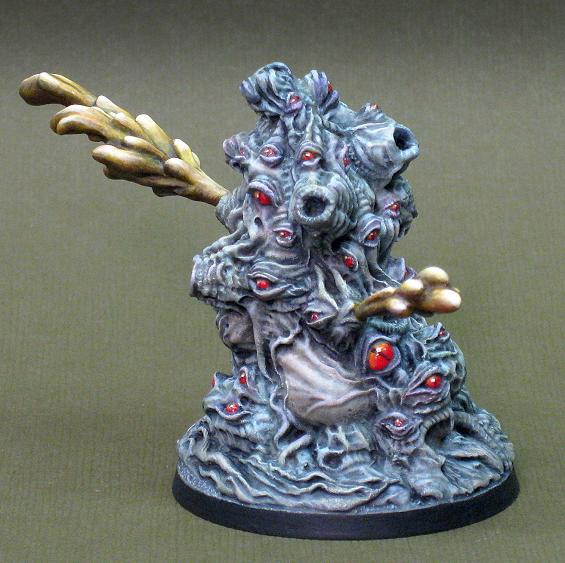 The OW minis were very straightforward by comparison. Again, lots of glazing and some gloss varnish (which looked fine in this case). All that remained was to round up a green slime and ochre jelly that I painted last year and Juiblex, The Faceless Lord (AKA Joiblexx, Slime Lord of the Bleak Fens) was ready to hold court. 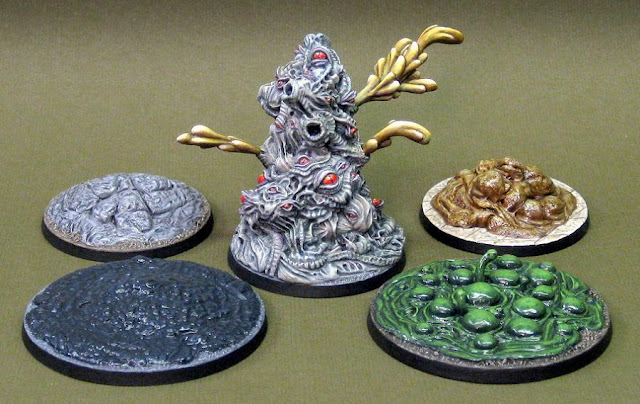