Currently on the paint-table is Randall "The Saint" St James from Funky Skull Games; being recast here as an eye of fear and flame from the 1e Fiend Folio. Between its covers the Ol' FF has an overabundance of interchangeable robed skeletons. A little creative licence seems warranted.

Besides, the notion of your run-of-the-mill, pseudo-medieval adventurers bumping into a severely anachronistic, undead dungeon-pimp tickles my fancy.

The sunglasses are more than mere fashion, as our friend, however re-imagined, needs to conceal his eyes until the last moment. 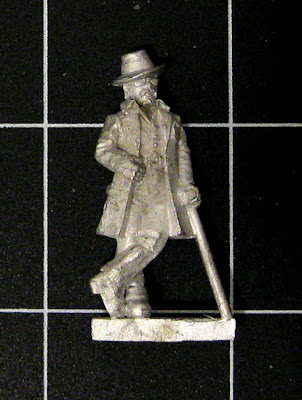 Color-wise, I'm trying to strike a balance between pimp-gaudy and undead-somber. Accordingly, a lot of grey has been mixed into the purple, pink, and yellow to tone them down. The pink shirt/pocket square combo may (or may not) be changed to something more fuchsia-ish. Time will tell. Leopard-spots are probably mandatory on the hat-band and jacket lining. 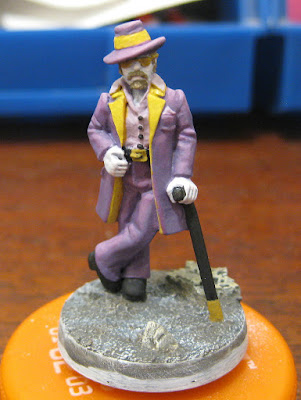 The highlighting needs to be completed followed by a liberal application of washes for the shading. It's been a couple years since I last completed a miniature. This guy needs to be brought to a successful conclusion posthaste.
Posted by Finch at 11:07 AM 13 comments: 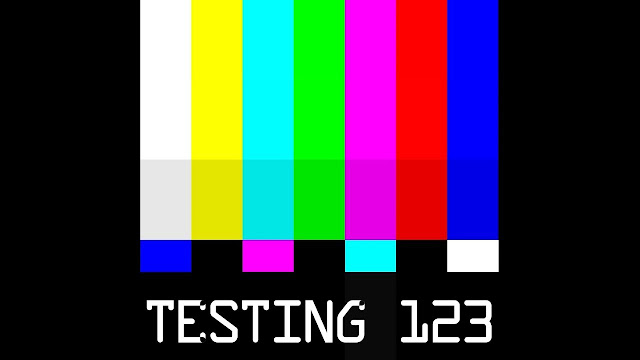 Watch this space. No promises... but I've had a hankering to get back in the mix for a while.
Posted by Finch at 5:04 PM 11 comments:

Here follows a very short post on the current state of Pieface and Joey, the two smallest additions to the Red Ghouls. (Those are 20mm bases on both.)

Two creepy little dudes. It therefore seems fitting to riff on one of the creepier songs in popular culture for the post's title. An unsettling ditty if ever there was one.

As per my usual practice, all the basecolors are blocked in. This will be followed by highlighting, shading (with washes), and a whole lot of adjustments & touch-ups.

The colors are muted except for the red and the fleshtone of the infant Pieface holds.

It's interesting to see how light falls on Joey. The miniature has a turned head, forward-leaning stance, and an enormous teddy-bear tucked against the right side of the body, resulting in deep shadows in some unusual places. Having seen this, I'll keep the picture handy as a reference while painting.
Posted by Finch at 11:32 AM 22 comments: 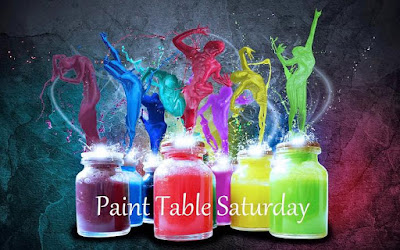 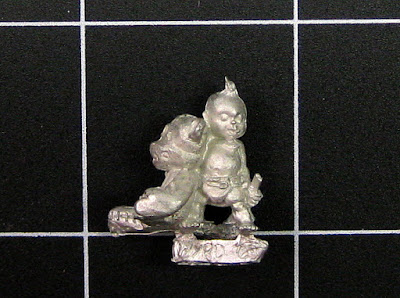 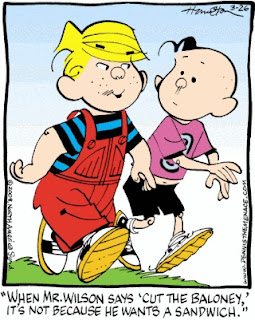 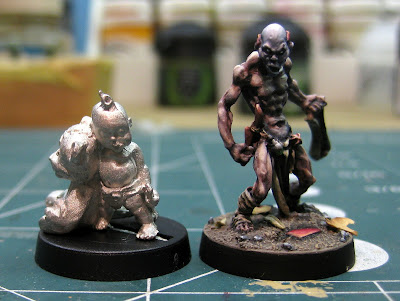 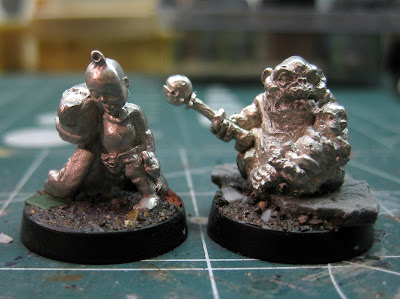 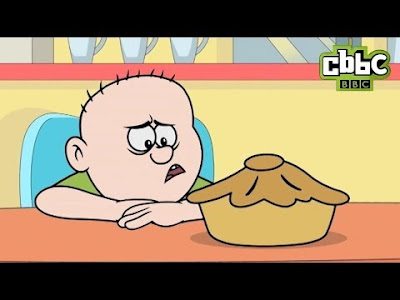 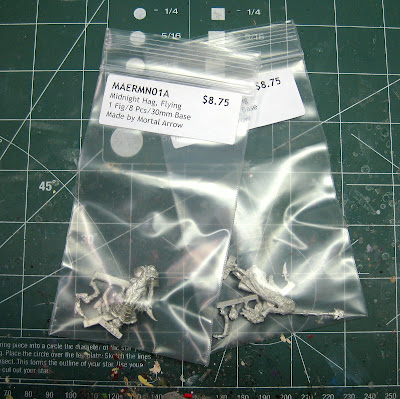 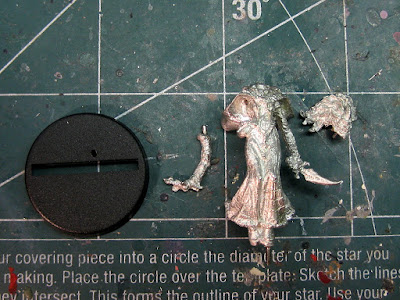 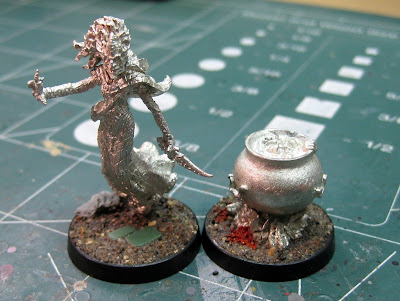 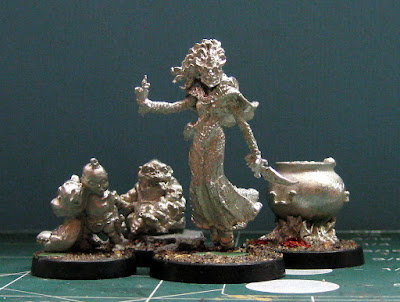 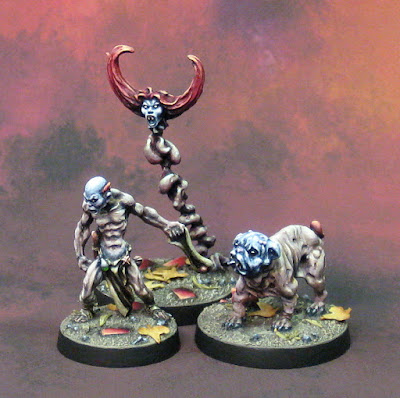 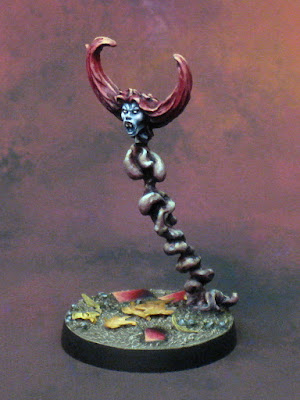 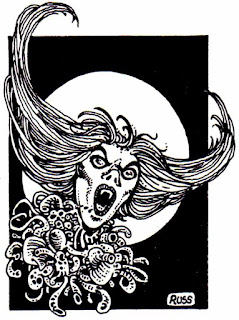 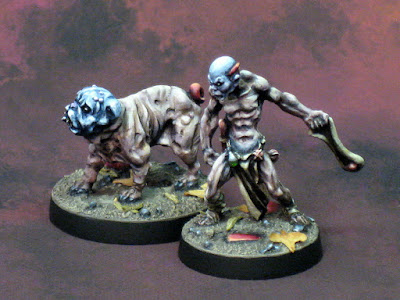 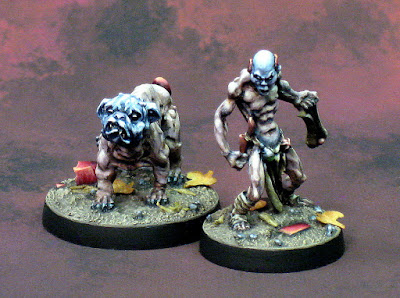 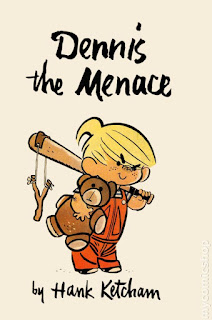 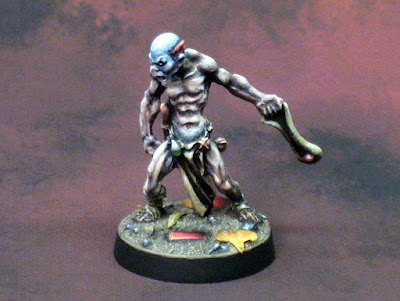 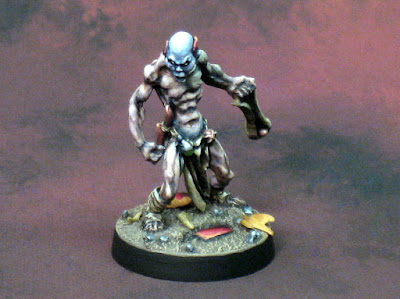 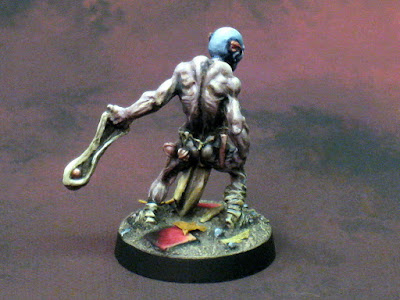 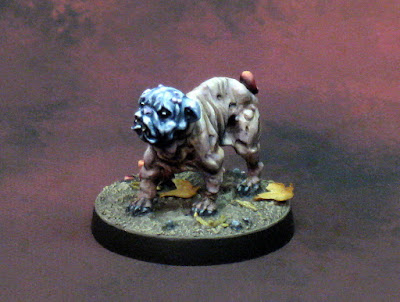 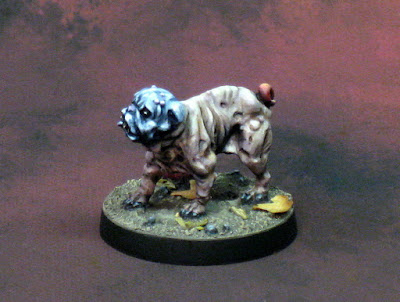 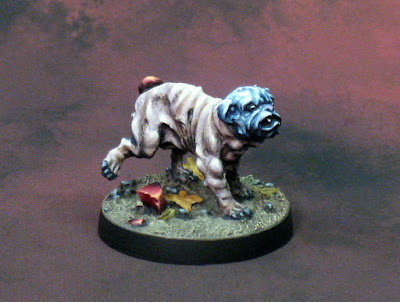 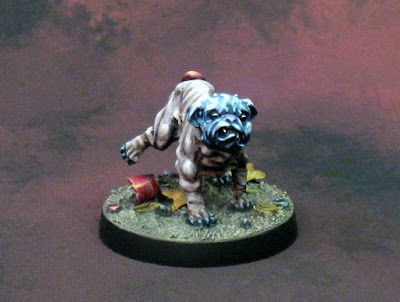 Yes, Ruff is lifting his leg. Would undead canines need to relieve themselves in this fashion? Perhaps not. I guess old habits are hard to break.
Posted by Finch at 10:03 AM 29 comments: