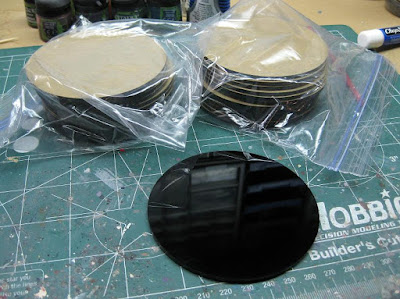 Zomtober looms but Mortal Arrow's War Snails have not been forgotten. I recently got some 3 1/2" (about 90mm) acrylic discs through eBay. After roughing up the top of one with sandpaper, I set about building it up as needed with putty. 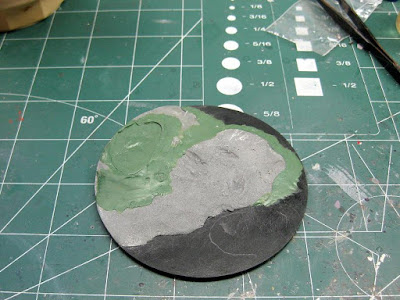 The green is green stuff (no surprise there). The grey is plumbers putty which has a short working time but, unlike green stuff, sets rock-hard and can be sanded. This quality allowed the edges to be finished cleanly. 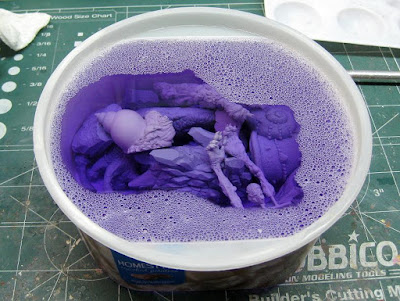 The snails enjoyed an extended stay in a solution of Dawn and water. I followed this with a one hour soak in a 50/50 mix of Super Clean Degreaser and water as suggested by  Steve Gabriele (AKA stormbringer72). This had the unanticipated effect of softening the resin. I had stuff from four manufacturers in play: two (Scibor and Secret Weapon) were unaffected, Studio McVey was slightly affected, Mortal Arrow was heavily affected.

Cut to the chase: it seems that the material eventually regains much of its original hardness once removed from the solution. No harm, no foul.

While it was soft I was able to easily remove various resin bits that were a byproduct of the casting process. In particular, a lot of extraneous material was removed from the spiral shell's interior, allowing it to sit properly on the body.

Things as they now stand: 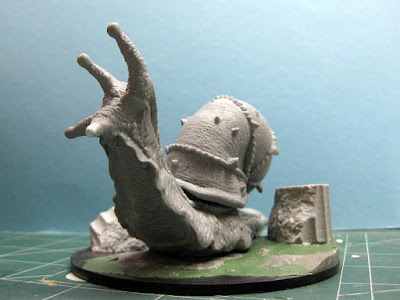 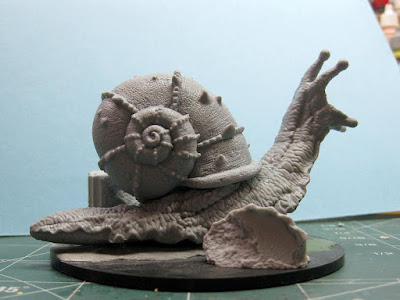