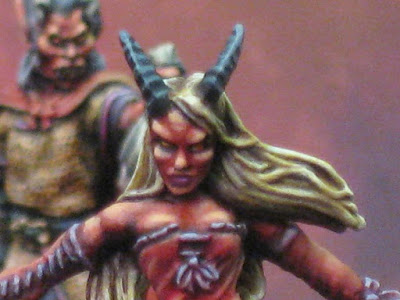 Courtesy of a name change for Wyrd's metal Lilitu (WYR4030) and a whole lot of red paint, Ashratu, consort of Bael, is complete.

I've a fair number of Wyrd minis that work well alongside Fractured Dimensions' Demons and Devils. Sadly, the Wyrd metals are out of production while Mortal Arrow will only be distributing Fractured Dimensions miniatures until the end of this month (May 2016). A word to the wise: get them while you can.


I don't know the sculptor of this particular piece; a cool mini that proved a bear to assemble. Both arms are separate and needed to be pinned. Given the tiny size of everything involved and general ham-handedness, I managed to drill straight through and totally mangle her left shoulder.

This was addressed with green stuff... twice. The first attempt seemed fine until I put paint on it, at which point it became clear that it was a lot of things but fine wasn't one of them.  Anything worth doing is worth doing well so I had a second go at it with better results. 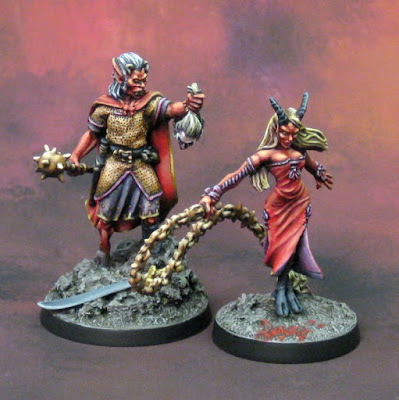 The palette is much the same as Bael's except for the blonde hair. This utilized a basecoat mix of Reaper's Chestnut Gold and Moldy Skin highlighted and shaded with the other colors shown below. 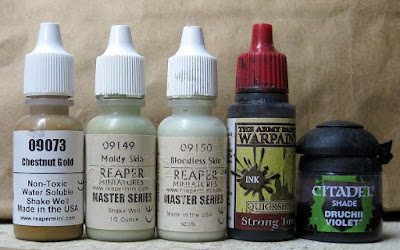 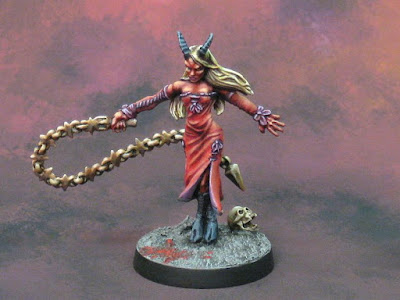 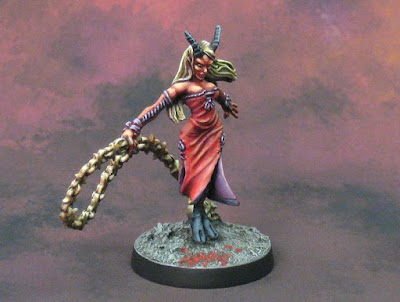 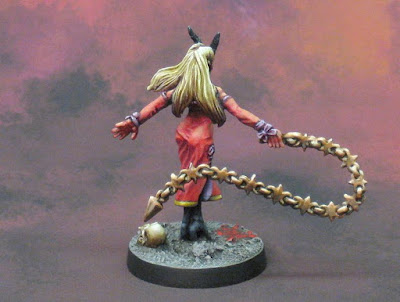 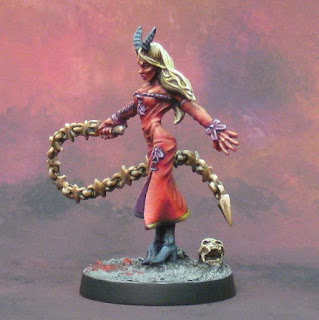 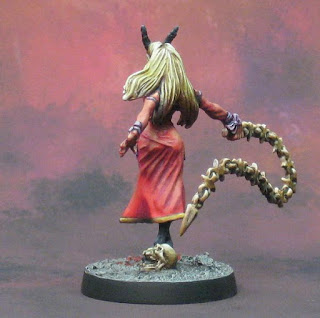 The blood spatter was a late addition to a base that seemed a bit bland.


FD's Bearded Devils (the muscle of the group) are next on the agenda. More on that next time.
Posted by Finch at 8:05 AM