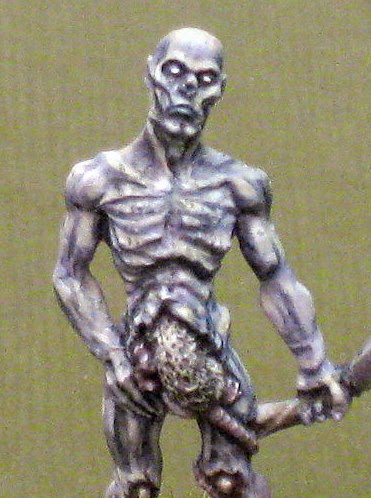 When last we met, the timely completion of the final two zombies from Heresy's UNDEAD009 seemed well within reach. Well, things took a bit longer than expected but they and Studio 2's Revenant are now done. The class pictures:

In their respective entries, it's mentioned that the Coffer Corpse will sometimes use weapons while the Revenant is shown wearing a hooded cloak. Minor distinctions they may be, but hopefully they provide a little distance between each other and from garden-variety zombies.

As in the past, generous quantities of grey were mixed into most colors for a sombre undead look. Even normally bright, cheerful colors like the yellow on the Revenant's cloak respond well to this treatment.

Studio 2 actually calls the Revenant a Doombringer and produced it as part of last year's Hell on Earth Kickstarter. I wasn't a backer but came across a retailer that was. 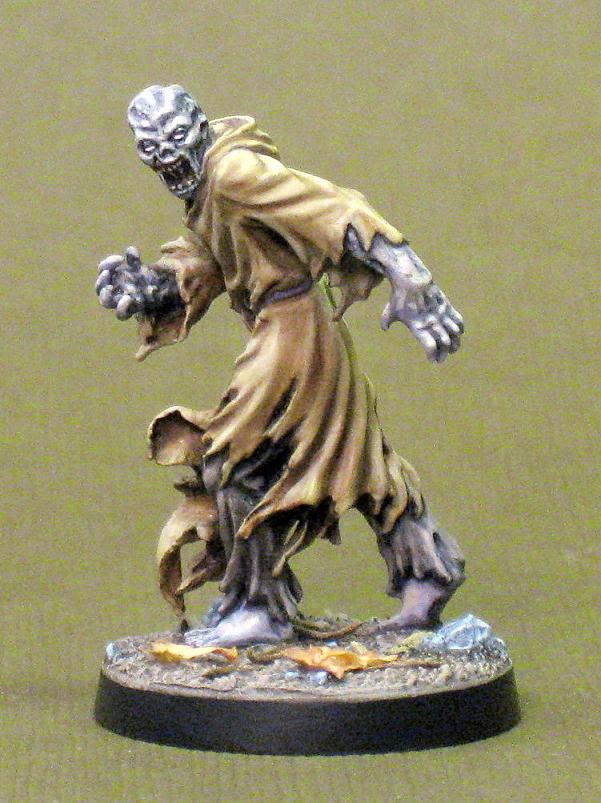 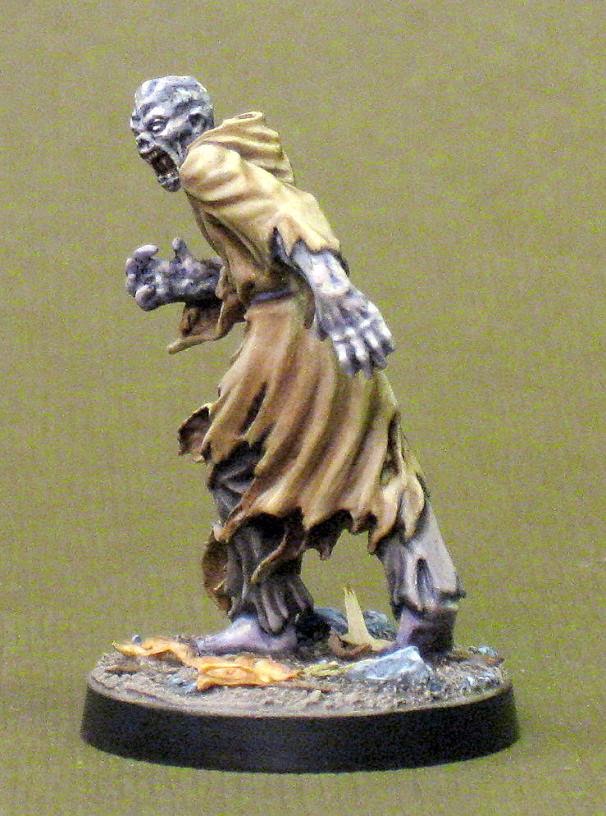 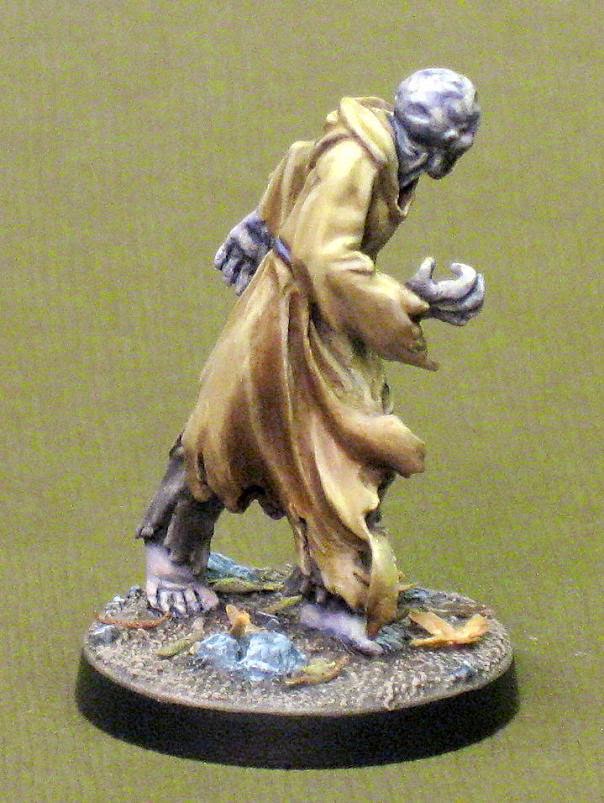 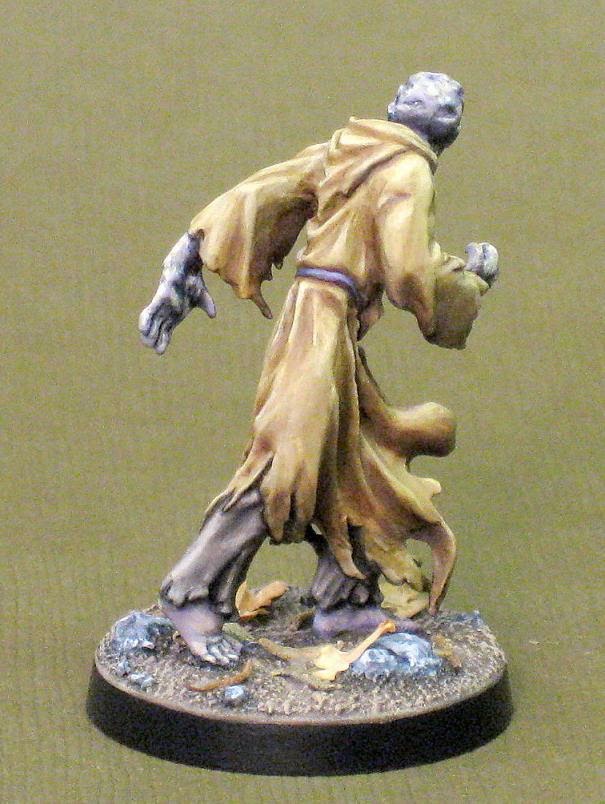 When prepping the Revenant, something seemed amiss with the right side of the face. Once primed it was apparent that its cheek was missing and its teeth were exposed. A nice touch. 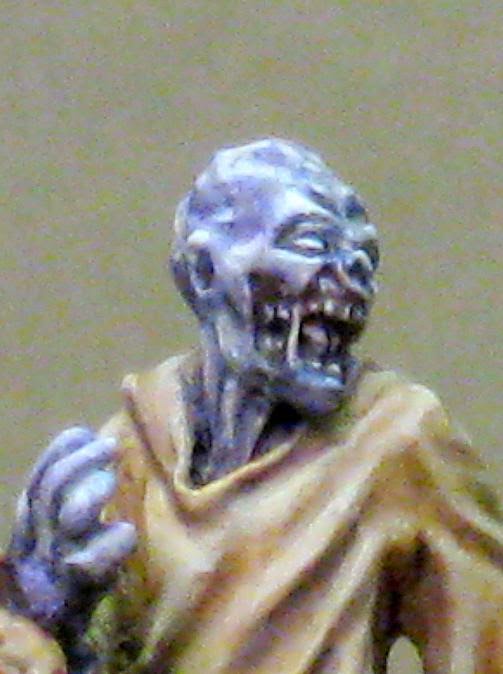 The lunging zombie perhaps seems a little out of character when compared to the other three shuffling zombies from the blister. The rat making a snack of the other is a hoot (a real rib-tickler... literally and figuratively). 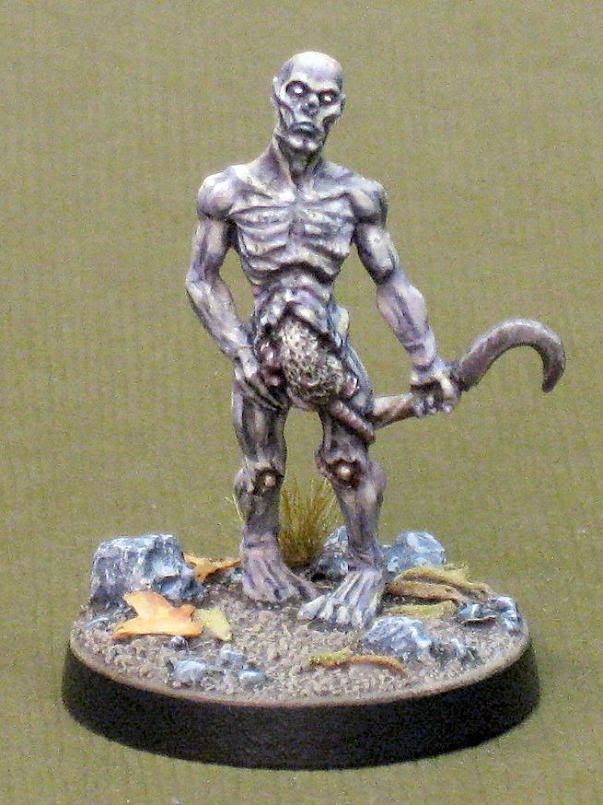 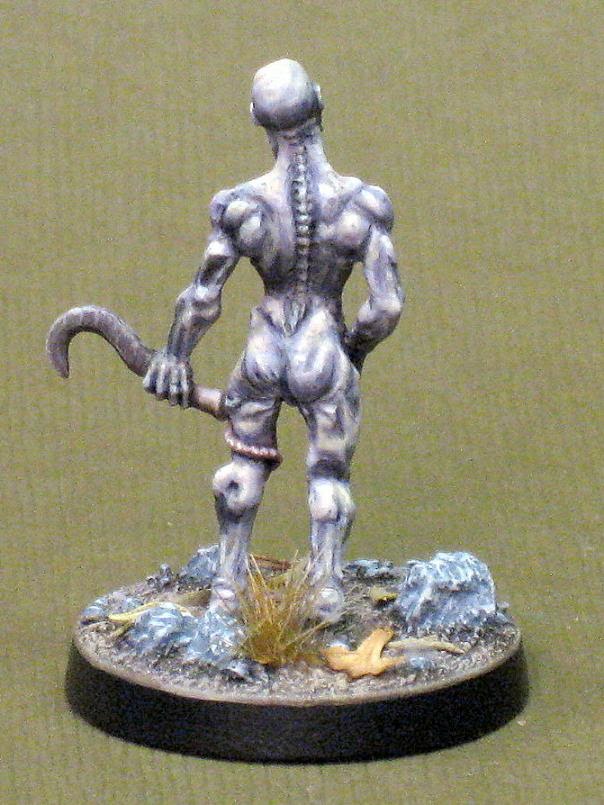 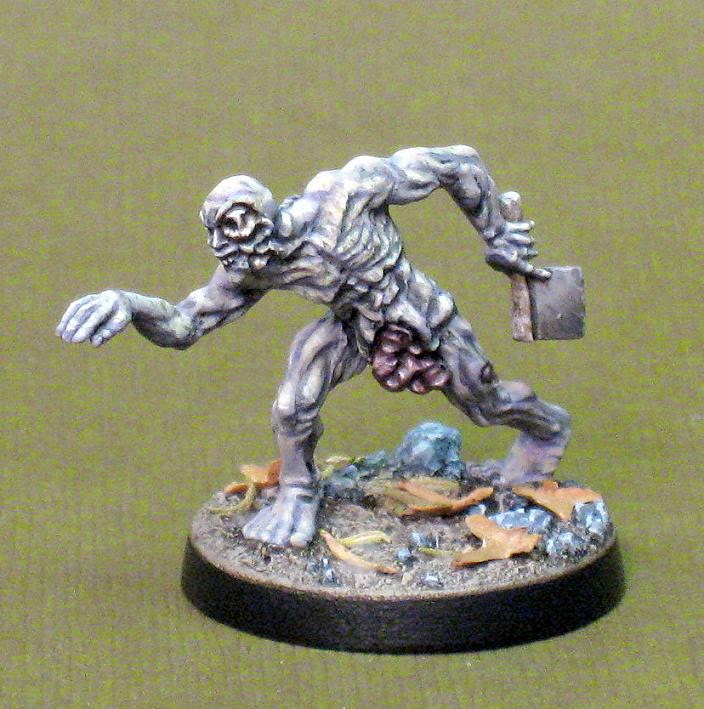 This should conclude the Revenant/Coffer Corpse portion of the program but a final chapter may be in store. Hasslefree just obtained some minis from the now defunct Oddity Miniatures. Among them is a bloated zombie that would make a fine (if corpulent) Coffer Corpse IMO. It isn't available yet but I'm keeping my eyes peeled for its eventual release. 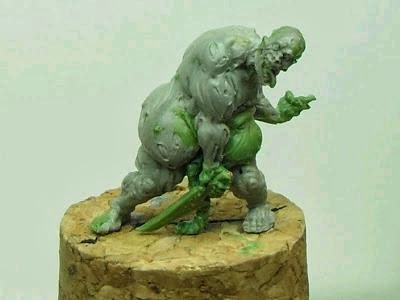